Recap and Review of Agents of SHIELD Episode 303: A Wanted (In)human

After the strong start over the last two episodes, will they keep up the momentum with Agents of SHIELD episode 303, “A Wanted (In)human.”

Lincoln is on the run, trying to avoid capture. Daisy wants to bring him in and add him as a part of the team and despite her attempts to talk him in, he isn’t wanting to be on team SHIELD yet. 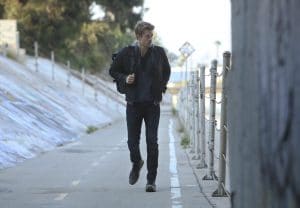 Daisy’s case probably isn’t helped when Lincoln discovers a tracking device SHIELD had put in him and short circuits it with his electrical powers. Lincoln then escapes a SWAT group from the Advanced Threat Containment Unit. This sends him running to a mentor and friend, who it sounds like was his sponsor in Alcoholics Anonymous.

His friend is incredibly kind, helpful and caring about Lincoln…until he sees on the news a report calling Lincoln an alien. He suddenly wields a baseball bat and Lincoln zaps him, only to accidentally kill him. Panicked, Lincoln nows calls Daisy and says he will come in with her.

Daisy and Mack then go to get Lincoln, while Coulson goes to meet with his counterpart on ATCU, Rosalind Price. Coulson and Price go back and forth like seasoned governmental workers before they ultimately strike a deal: Coulson will give her Lincoln if she keeps Daisy out of the news.

When this news gets relayed to Daisy after she and Lincoln have just kissed, it doesn’t go well. Eventually, Lincoln runs and Daisy makes it back to SHIELD, where Coulson explains his deal and mainly his willingness to work with ATCU if it means that they can help the growing surge of Inhumans instead of fighting outside forces all the time.

During all of this, Hunter and May have found an old mercenary buddy of Hunter’s and are working an angle of having high end weapons to sale. After they get drunk, the guy explains the only way into the club is via a Fight Club scenario, where you have to be the last man standing. 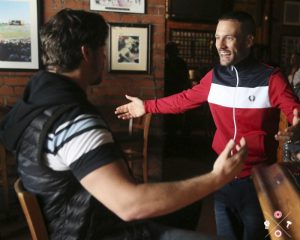 Hunter agrees to this, explaining later to May that he is a good fighter and, worst case, he can take punches until the other guy wears himself out. The surprise happens when it turns out Hunter and his buddy are facing each other. And while they battle, some thugs take Melinda May around back and to their surprise, they learn why her nickname is the Calvary, where she wipes the floor with them and goes back, arriving just in time to see Hunter takedown his friend, and his eyes get really wide when he learns that he has killed him.

And, of course, there is Simmons. Throughout the episode, we get little glimpses of Simmons and her recovery. We see her slowly regaining strength and we see some of the harder parts of her recovery as well, as sounds and other things trigger a reaction. She and Fitz are having a nice dinner and she has a bit of a breakdown but the crown jewel of the Simmons storyline is when she is looking at the pieces of the Monolith, now inert, and declares to Bobbi, “I have to go back!”

So, this episode is a 7.5. It lost some of the pace and speed that made the first two episodes so outstanding. And while that pace was probably unsustainable over the long haul, it felt like a car getting stuck into neutral, right as you are getting to the really cool, curvy part of the road.