Who is your favorite character from The Walking Dead and why is it Daryl Dixon?

Now that we’ve cleared that up, I’m going to endeavor to share 6 more of the best characters from The Walking Dead. These favorite characters will be chosen by entirely subjective criteria, but I’ll write about them with extreme confidence and unwavering opinion.

Those that have different opinions (every other member of the human race) will get riled up, which will create conflict and drama.  It’s just like we see every second of The Walking Dead!

So here we go, the 7 Best Characters from The Walking Dead, drawn entirely from the television show. 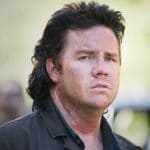 I suspect that Eugene wouldn’t make many people’s top 50 when it came to their favorite Walking Dead characters, but there was no way I was leaving him off my list.

I like his awkwardness, his complete inability to connect easily with other humans. I like his arc of knowing he’s helpless, so he seeks out protectors. I like that’s he’s smart, knows it, and uses his intelligence in interesting ways (particularly in the comics).

And I freaking love that ridiculous hair of his. He’s a quirky dose of humor in a dour, humorless show. 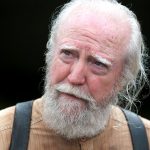 I’m a sucker for a good natured wise ‘ole grandfatherly type, so I was predestined to like Hershel. But I love what the writers did with his character as well.

Hershel was the much needed spiritual center for the group, and was at many times the voice of quiet reason for the group. And it didn’t hurt that the actor played those types of scenes excellently.

Finally, his veterinarian background was helpful as a field medic, and I loved his selflessness and determination when illness struck the prison. It hurt me to see him go. 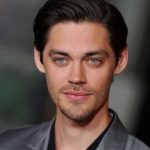 Fine, he’s not actually on the television show currently, but the character has been cast so I’m counting it. Jesus makes my list on potential alone, being that if his on screen character is 10% of the character in the comics, then he’ll for certain be a fan favorite.

No spoilers from me, but as a devout reader of the comics, I love the potential storylines that Jesus represents. I can’t wait to move from casting news to actually seeing him on the show, as Jesus will for sure be a Walking Dead future favorite. 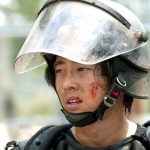 I have a good friend who hates Glenn, but I’ve never understood where his hate comes from. I love Glenn.

Finally, I love that Glenn now still serves as a compassionate voice on the team, while at the same time he is a hardened warrior. 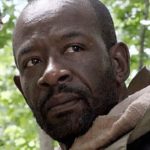 Ever since the pilot episode, I’ve wanted more of Morgan on the show. I love the character.

The Clear episode was one of my favorites, and my hope was that would lead to Morgan being a recurring character. But we had to wait.

But the wait was worth it! I loved seeing Morgan return as a wandering Donatello, and I can’t wait to see how his presence conflicts Rick. 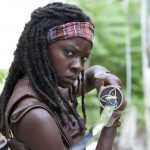 Michonne is a quiet warrior and her walking emotionally dead among the walkers have been some of my favorite moments. Although I like her even more in the comics, I think the television show cast Michonne perfectly and have given her action-packed moments as well as some surprisingly humorous ones as well. 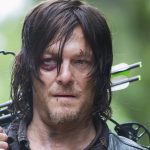 Thanks for reading. Please let us know your favorite Walking Dead characters in the comments below.