Like most of the country this weekend, I have been watching the end of the Obama presidency. This process has always fascinated me, as someone moves from having immense power and overwhelming responsibility to suddenly having an immense amount of free time. (And have you ever seen those first year, last year pictures of our Presidents? That job ages you severely!)

But even moreso, think about how little pop culture the President has been able to keep up with! Sure, we hear of President Obama hosting movie nights at the White House, it is likely impossible for him to have done deep dives in some of the pop culture of the last 8 years. So here is my attempt to give President Obama some things to catch up on. I mean, this guy is getting the first chance to binge watch something for the first time in 2010s! So here are my first 7 recommendations, written directly to him:

7 Things President Obama Should Catch-Up On

Game of Thrones. Now, Mr. President, this one you may want to wait awhile on, given how much of it is based on politics and the moving of power. But its medivalesque setting is something to behold. This one will have you rooting for people, rooting against people and, for real, dragons.

And the best part, you can get this one done and dig into fan theories in message boards and reddit before the final seasons come up. (Tip: I wouldn’t use POTUS44 as your handle in those places.) This one is a great investment. Also, there are books that the series is invested on that you could do deep reads on. 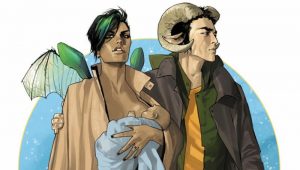 Saga. This one is just completely going in a different direction but I think you could use that. This science fiction comic from Brian K. Vaughan is a masterpiece and worth the time. The story is compelling, it has some political intrigue and a whole universe to explore.

The Walking Dead is another two-fer. You can read the comics AND watch the television series, at least through the season’s premiere for this season. It would be interesting to have your take on this one, as I am sure you’ve seen the plans in place for when the apocalypse happens. Would you be Team RIck the whole way through? You could talk about who your favorite character is and why it is Darryl. Plus, if you dig into both, you can look at the differences and choices that the different formats have used over the years. A solid watch and read.

I Kill Giants. One of the things that I think I know about you is that you care for young people and children. (Seriously, have you considered being the host of Mr. Rogers like show on PBS? I think you’d be the best at that!) This graphic novel is a fantastic work, one of my favorites of all time and it deals, at least in part, with death and grief. It will be a quick read but I think you should check it out. 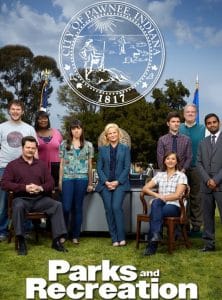 Parks and Rec. So, there are going to be days when you wonder if you made a difference and who will carry on the torch of meaningful public service. And, sir, I give you Leslie Knope and her zany co-workers in the small town of Pawnee, Indiana. Remember when VP Biden asked for some days off to be Hollywood Joe? He was shooting some stuff for this show!

In all seriousness, there hasn’t been a more consistently funny show over the last 8 years and it is a roadmap for how people who don’t get along can still manage to be civil and even friends.

Ms. Marvel is the kind of superhero that your progressive policies inspired. Sure, you were in some issues of Spider-Man, but this Muslim-American teenage girl superhero is the kind of great storytelling and heroism that you can totally get behind. Set in the Marvel Universe, it is a great story. Plus it is the kind of comic that you can leave lying around and Sasha and Malia will pick up, act like they don’t love but wonder when you are ordering the new trade.

Finally, I saved one that you will love that came out most recently: Netflix and Marvel’s Luke Cage. Luke is the premier African-American hero of the Marvel Universe right now and for good reason. If you do some reading on his backstory, I admit, it is problematic in some places.

But I think the tone, the story and the characterization of the area Luke lives in would feel like a place you can relate to. Also, the soundtrack is stellar and one of your compelling legacies will be improving the Presidential Playlists pretty dramatically.

So, these are a few things to get started. Feel free to binge away. Read up. Next time, maybe we can talk about the Marvel Unlimited app and some comics you can catch up on.

And, seriously, thanks Obama.