The fellas felled Gristlecrack and were awarded a new level!  Our heroes forge ahead now as level EIGHT adventurers.  What do these new levels have in store for the crew?  And will it be enough for what lies ahead?  Find out today in episode 87 – How Do You Like This Chapel?

After a triumphant victory against Gristlecrack and her band of trolls, the party forges ahead flush with new powers. 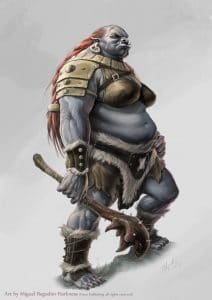