Well, the little movie Star Wars: The Force Awakens has broken the box office—in case you hadn’t already heard. So it seems like the purchase of Star Wars by Disney was a wise investment.

Oh, and I am sure Lego is as happy as a wampa eating a taun taun, because of course, with the new movies come brand new Lego Star Wars sets such as:

Just to name a few.

I already purchased Rey’s speeder, though I haven’t removed it from its box just yet, as I’m savoring the whole Star Wars experience as much as possible. Poe’s X-wing is at the top of my wish list. I want it worse than Finn wanted water on Jakku.

However, do I really need another Millennium Falcon?

My wife says “absolutely not.”

My heart says, “there are some differences, so it is not exactly having two of the same…” 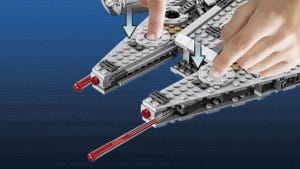 There are a few superficial differences between the different Lego Millennium Falcon sets, mainly just a few new details here and there and most of which I could add to my old set #7965, with my collection of random Lego parts.

However, a couple very major differences would be the satellite dish atop the Falcon, as well as spring loaded shooters at the front of the hull nose section. Those don’t actually make sense because the Falcon doesn’t shoot out of its nose. Anyway, I digress.

In addition to the structural differences, the new Falcon comes with new mini-figs of course, including Finn and Rey. However, if you buy a couple small sets, you’d probably end up with them anyway. Like of course my Rey will ditch her speeder and come aboard the Falcon, you know, because of plot.

I don’t already own Finn, but I am sure I will at some point. Then he can join the Falcon fun.  There is also Tasu Leech and his clan member, both of which I have only seen as part of this set so far, so I may never stumble upon them, though who knows what other sets will come out. 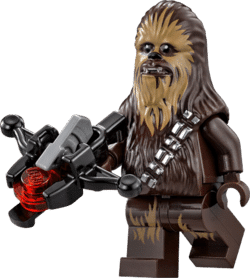 Lastly, there is also an aged Han Solo and Chewbacca. Of course I could just slap a grey hair piece on one of my many Han Solos laying around and probably be OK. Aged Chewie is a bit different, but maybe Clave could help me paint my Lego mini figs…

But the question remains, can I justify buying another Millennium Falcon Lego set?

Upgrading the Millennium Falcon Lego Set: Be a Master Builder

The reality is that Legos are expensive, so as buyers, whether it is for our child or ourselves, we do not have unlimited Lego budgets. So how could you upgrade to the new Millennium Falcon?

I have laid out a map of how to get there the cheapest way, adding parts here and there to get yourself close enough, and then just using the characters needed from other sets.

You could also use sites like this: http://legoswap.com/ (Disclosure: I haven’t tried it yet since I’m still trying to sort through my sets for the purposes of trading and selling currently). 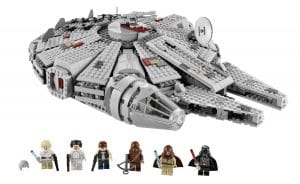 That brings us to our last way to upgrade. I was going to use the good old fashioned way of selling older sets on eBay and then using the proceeds to buy new sets. This is not the best way—fiscally speaking—to do it. If you are selling a set you bought at top dollar on an online format you likely won’t get your money back; in fact you should be happy for 65% or so.

However, if you are like me and start to buy huge lots that maybe have a few incomplete sets for well under market value, you can then complete (or come close) them and sell them for a profit. Then you can make the money to justify a new purchase! At least in a perfect world.

Though make sure you don’t end up with Imperial credits when you need Republic Galactic credits to buy your new set. A typical newbie mistake.