There are two nerd worlds that simply don’t go together like peanut butter and chocolate.

It would be easy to run down a list of films from so many different genres of games that have been made into awful movies.

You love first person shooters? Doom will make you cry.

You like swashbuckling adventure? Take a gander at the Prince of Persia.

Love racing games? Need for Speed likely can bring that to an end.

I can go on and on. Video games just don’t make good movies.

Now, when I proposed this topic in the Nerds on Earth Slack channel, there were definitely some films that were lifted up as being exceptions to the rule. There is some love for the Resident Evil franchise. There is a massive amount of hope about the upcoming movie franchise based on the game “Last of Us”.

But thus far, we don’t have a good/great movie franchise built from a video game.  And there are good reasons. 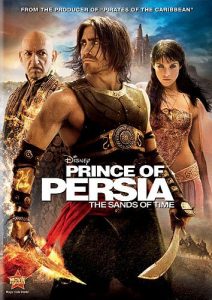 First, a movie based on a video game needs to ignore some common movie elements. Think about a video game that you love. It doesn’t do an exposition dump on you at the very beginning. Halo doesn’t open with a 15 minute introduction to the Halo world. It puts you in the seat and gives you just enough information to get started.

Movies made from games feel the need to be like every other Hollywood film and tell you everything at the front end. If someone is willing to try and tell a story over a slow build out, there is a possibility of a great video game movie.

Second, the audience’s level of engagement is much different. A video game creator can count on an investment initially that a movie director cannot. And while that sounds completely opposite of what I just said, it isn’t.

You have to take a movie and do things to make the audience have an investment but that also doesn’t turn into a giant exposition dump. You need to establish a successful engagement without blowing the whole thing.

Some will argue with this example because of the original stories popularity, but the original Lord of the Rings movies do an amazing job of setting up an adventure without giving away everything. To make a successful movie, you got to tell a great story in an engaging way but not all at once. 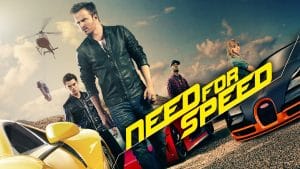 Third, and this is the piece I have no ideas for how to fix: you can fail at video games. At the end of the day, when I walk into a movie theater, I generally know what is going to happen at the end. In the romantic comedy, they fall in love. In the action movie, the hero is going to win. In the horror movie, nearly everyone dies but some of them won’t. (Which is what makes Cabin in the Woods so amazing.)

There is an unspoken sense of certainty. Which is the exact opposite of the end of the story in a video game.

Take the Halo franchise for instance. I know that I am going to have to play that last level where I drive a buggy over and over again. (It is a flaw of the franchise by the way; don’t build a game where you have to be really good at one thing (killing aliens in Halo) and have the end be determined by something else (driving a dumb vehicle).  And I will die. Multiple times. I may even have to look up youtube videos where I learn the path to take and the road to travel.

I am deeply invested because there may be moments where I do lose. Masterchief falls off the world and dies and fails everyone. And a movie can’t recreate that sense of excitement. (Which is also why I wrote that the Tom Cruise movie Edge of Tomorrow is the best video game movie ever; it uniquely figured out how to embrace that dynamic and then pulled it away at the end but did it in such a way that I wasn’t sure how the movie would end.) 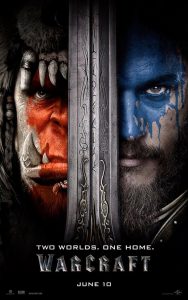 So, how could you make a great video game movie?

So there you go Hollywood. And I have my Contra script that I have been holding on to for years and you’d be amazed at how I worked the secret code into the ending.