It has been 3 months since our last episode and what you need to get up to speed for Agents of SHIELD episode 311: Bouncing Back.

Agent Grant Ward was killed in a raid on the planet where Simmons disappeared in the best episode of the series so far. But his dead body came back, inhabited by the evil that we saw on the death planet.

Daisy is rallying together the good Inhumans that she can find with the help of Mack, who is playing the human element on her Secret Warriors team.

[divider] Recap of Agents of SHIELD Episode 311: Bouncing Back [/divider]
The storyline for this week breaks down into main pieces.

Piece number one is that Daisy and crew head to Bogota, Colombia, where there has been a raid for police weapons by a seemingly invisible person. It turns out that it isn’t someone who is invisible but someone who is very fast, which the team discovers with the help of Simmons back at the base. Lincoln, who is now assisting Simmons as a Inhuman physiology expert, explains that the powers the Inhumans are getting aren’t random, but some kind of cosmic balance is always being sought, which Simmons calls “the most intelligent design.” 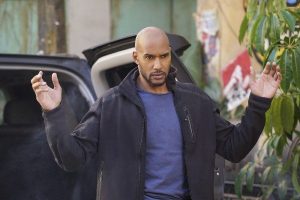 As the team closes in on the new Inhuman, Coulson is meeting with the president of the United States at Rosalind’s apartment. It turns out that the president wants Coulson to continue to be a black ops, off the record SHIELD and he will appoint a new head of ATCU to answer to Coulson.

Coulson wants the president to give him information about Gideon Malick but the President can’t or won’t. Which means when Coulson comes back, they drag out the comatose youngster Von Strucker who they hook into a machine to drag out his memories.

Von Strucker gets stuck in a loop and Lincoln has to be talked into hitting him with his electrical powers in order to free his memories. They get just enough information on how to get in contact with Malick and Coulson gives him a threatening phone call.

In Bogota, Mack is taken out by the new Inhuman speedster. When he comes to in her apartment, he is discovers her power allows her to move quickly but that she has to return to the same space she started from. He sets her up and she gets knocked unconscious.

When she comes to, she is in a containment cell and they eventually learn that she used the powers she got (which she thinks are from God but are also related to fish tacos she ate) to get the guns out of the hands of corrupt police officers. He story is proven when Morse and Hunter find her cousin throwing the weapons into the river.

When the police come up, Morse and Hunter are quickly dispatched by a new Inhuman who has the power to put people in stasis. And once that has happened, the police kill the cousin. Yo-Yo, as Mack has named her, is devastated but he challenges her to use the gifts she was given to continue to help others. So, with her help, they dispatch of the officers, free Morse and Hunter but Hydra manages to steal away the new Inhuman with the stasis power. 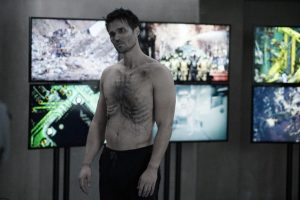 Daisy ultimately decides it is better to spread out the team rather than create a target full of Inhumans, which gives Mack the chance to give Yo Yo an Apple Watch that will contact them when needed and vice versa. Similarly, metamorph Joey decides to take the same deal but Lincoln decides to stay and then smacks lips with Daisy.

Spread throughout the episode, we have seen moments where Ward/Maveth/Hive has been gaining strength from eating lots of raw food while gaining knowledge from binge watching TV news. Malick and the Inhuman right hand man seem to be unsure about Ward but he promises that when he is at full speed, he will make believers out of them.

The episode ends with Coulson and May talking over the developments, as she recognizes that he is trusting the team more and letting them lead. Coulson shows off the shiny new, life-like hand that Fitz made him, before Fitz and Simmons had a reconnection moment in the lab.

May says that she isn’t sure about the way things stand and she doesn’t know if the new head of ATCU will trust Coulson because after all, he and General Talbot have history and not all of it good!

Things that are interesting:

The opening scene was of a spaceship with blood droplets floating, a cross, and a SHIELD agent which then appears to burst into flame.  The scene is set 3 months in the future. Could be a very interesting tag and push towards a season finale.

The splitting and dividing of the Secret Warriors Inhuman branch across many areas is interesting. From a strict economics sense, it means the show runners can pull characters in and out as needed but the risk is that the characters become harder to make a connection with. I am curious to see how this plays out.

The Ward/Maveth/Hive thing just feels really played out. Could we not do something different for the second half of the season? Just not sure what this will do long term.

Loved the explanation of and application of Yo-Yo’s powers. That kind of creativity is needed in making a television show with superpowers work and I hope we continue to see more of it over time.