Recently, Nerds on Earth spotlighted Cloak and Dagger as two characters that we think you should know. Created in the mid-1980s, Cloak and Dagger have long been characters that Marvel doesn’t quite know what to do with. They show up in all the major events in some form or fashion, they have been retconned in an attempt to squeeze them into the mutant universe, and yet they have never been able to sustain their own title for any length of time.

So it was both exciting and interesting to see that there is a series in the works for the network Freeform. (If you are like me and didn’t know what Freeform is, it is the old ABC Family, a Disney owned network aimed at younger audiences. Interestingly, they target the demographic of 14-34, which makes sense because only television would think that 14 year olds and 34 year olds totally dig the same things!)

The Cloak and Dagger Television Show 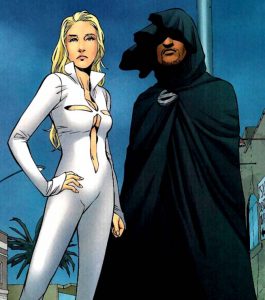 Cloak and Dagger is very dark story if they stick to their original origin story, so I am not sure how it flies on a Disney channel. Both runaways from very different backgrounds, they gain their powers through a drug induced experiment. It is hard to imagine that playing well in a new Freeform part of the Marvel Universe. Honestly, Cloak and Dagger would fit very well into the Daredevil/Jessica Jones universe pretty well, so it will be interesting to see what they do with it.
Marvel is taking on the teenagers for the first time. There is a HUGE catalog of teenage superheroes and teams that Marvel has left untouched thus far (Young Avengers, Runaways, and Power Pack, for starters).

For Cloak and Dagger to be the first foray, it may be a test case to see if live action of this sort is viable. It has the benefit that if this show works, it proves their case. And if it fizzles and dies, then they haven’t squandered a major piece like Runaways or Young Avengers, and especially Ms. Marvel.

Could they go 1980s on it? That would be a very odd choice in some ways, especially given the target demographic. But given the success that the FX show The Americans has being set in a very specific age, it has potential.

The bonus would be incredible soundtrack potential that we haven’t really given in Marvel television; Guardians of the Galaxy proved it to be a huge asset in their story using that soundtrack. Part of choosing the 1980s would honor the characters, especially because their origin story feels very much tied to that era and time (Reagan’s War of Drugs).
The discussion of different classes and economic backgrounds could mine for some rich stories. In the comics, Cloak is from a decidedly lower class background while Dagger is from the upper-upper class. It would be an interesting exploration that is only occasionally done in the comics. And if that demo is really their target, it is one place where you likely could get that whole age range to pay attention.
Will they be Inhumans? If they set it in the modern era, it is a pretty seamless origin story to how they are showing Inhumans work in the Marvel universe of movies and television. The other kids all die because of the Terrigen Mists and Cloak and Dagger don’t. (There is a pretty killer shot in my head of Dagger throwing her beams of light into the still cocooned Cloak to save him.) 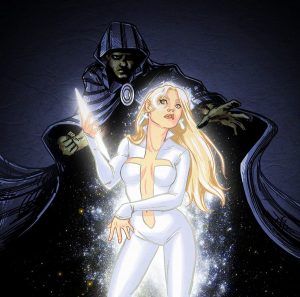 I am terrified about the romance being the center point of the show. Most the articles written seem to be playing up that aspect and here is what 30 years of comics and more than that of Beauty and the Beast style television shows tells us: it gets boring very, very quickly.

I would argue that part of why this duo hasn’t been able to sustain their own comic is because it gets mired down in this aspect and that becomes incredibly boring. Additionally, if they cast the series close to the comics, there is going to be something disturbing in a 2016 television show where the minority character is seen as an emotional stalker and stealer of light from the prissy upper class white girl. In 1984, that wasn’t nearly as problematic as it is in today’s world.

I would be much more interested in seeing them work as a duo and friendship that maybe blossoms into something else way further down the character arcs.

So what are your thoughts? Are you looking forward to the Cloak and Dagger television show?