With season 2 of Fear the Walking Dead on its way, what are our hopes and expectations for the show? First, some quick thoughts on season 1.

Hopes and Expectations for Fear the Walking Dead

Season 1 Thoughts
I was very much drawn to the concept of Fear the Walking Dead when I heard about the show. I envisioned it as a sort of “here’s what happened in between patient zero and Rick Grimes waking up in a hospital.”

I thought that seeing the slow descent from normal civilization to panic to anarchy to dystopia would be really interesting, and supply some great opportunities for storytelling. My hopes were disappointed, to some extent, by how quickly things escalated to a military-controlled safe zone with a “kill all civilians” order in place. 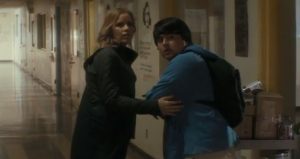 There were also some really convenient (sometimes code for “lazy writing,” sometimes not…) circumstances and occurrences that just stretch the viewers’ suspension of disbelief – Madison works at a school that happens to have Oxycodone in stock…? While there she runs into Tobias, a high school senior who somehow knows exactly what’s happening and how to survive…? Strand is detained with other sick people, yet for some reason he doesn’t have a fever or any other symptoms…? It’s a post-apocalyptic scenario, yet a National Guardsman can be bribed with diamond cufflinks because reasons…?

I don’t want to paint too bleak of a picture. On the whole, I liked Fear the Walking Dead. I might be alone here at Nerds on Earth with that sentiment, but I’ll stand by it. Season 1 of FTWD was a solid entry point for a new story set in the Walking Dead universe. But here are my hopes for season 2…

My biggest fear is that with 15 episodes to fill with story this season, the writers will feel like they need to delve into why the zombies happened. I can’t even tell you how much that would kill my interest in FTWD.

Part of the magic of this whole fictional universe is that it’s a mystery. If the writers give it a reason, the next thing that happens is that the internet dissects that reason to death, and then we just can’t have nice things…

Plus, this show is intimately connected with The Walking Dead, and that show has enough going against it with the whole Negan cliffhanger without adding an unnecessary explanation for why we’re in this mess. 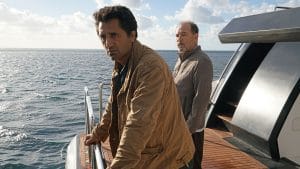 My second biggest fear is what might, or might not, happen out on the ocean. From the previews, it looks like a fair amount of this season will take place on Strand’s yacht, and/or interactions with other people in boats. If the writers aren’t careful, they could end up with zombie Waterworld. It’s a bold move to take a zombie story and put it on a boat. I’m just wondering if there’s a reason that we’ve never seen a really well-done zombie story set on the ocean…

Investment in the characters is something that I’m hopeful about for season 2. I enjoyed the thoughtfulness of the season 1 storyline concerning Travis and his commitment to non-violence being tested. His character arc reminded me of early TWD Rick or Herschel – not eager to hurt people, but willing in a pinch.

Also, enough was hinted about Daniel Salazar and his mysterious past to make me curious what will be revealed about him in season 2. Also also, who the heck is Strand?! Why does he have a yacht waiting for him off the coast?

Like I said earlier, I might be the only nerd here at NoE who’s interested in Fear the Walking Dead, but that’s okay. It takes a lot to make me quit on a show, and there’s definitely enough in season 1 to keep me intrigued for season 2.

Did you watch Fear the Walking Dead? If so, what did you think? And if you need a refresher, here is an episode-by-episode recap of season 1.