In 2015, we Earth Nerds have published 325+ posts ranging in topic from tabletop games to TV shows, comics to movies, LEGOS to video games… There isn’t much under the nerd umbrella that we haven’t touched. We covered a lot of ground with a lot of words this year.

So although it was no easy task, I do like the idea of highlighting the best of our best. All of our authors bring something mighty to the table. We’re kinda stacking the deck, but no one in their right mind could complain given these, my Top 7 Posts from 2015 (in no particular order).

Jason’s Resolve to See The Force Awakens Spoiler Free: Was it even possible to see Star Wars completely spoiler free?

This post is all about nerd purity and perseverance. Jason did indeed see The Force Awakens without having first viewed even a teaser trailer for it. His self control and determination are off the charts.

My favorite fruit from his efforts:  Listening to him recount the story of plugging his ears, closing his eyes, and humming aloud while seated in a theater that unexpectedly played the trailer before the movie he paid to see. Hilarious.

What to expect from Supergirl: One fangirl’s high expectations for the new television show. 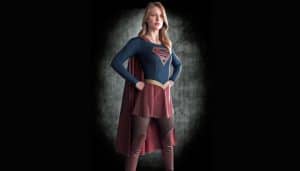 hopes are so, so well articulated in this article. She does an absolutely fantastic job of anticipating rebuttals to her dissatisfactions and the real failures of Hollywood’s attempts at leading super-powered heroines while balancing that with heartfelt hopes that Supergirl makes young ladies feel super.

And it is extremely well argued and thoughtful. Jennifer does so much more than address plot or aesthetics, she talks about the shows potential real impact on the world.

How to Escape Cloud City While Being Pursued By Stormtroopers: It’s not easy to get away when Stormtroopers are chasing, but we had some tips to help you succeed.

An amalgam of a fictional scenario and real world (and actually quite sound) tactical evaluation and advice, this post is a glimpse into Clave’s real genius and investment.

He broke down the escape attempt of Leia, Lando, Chewie, R2, and C3PO from the suddenly-under-Imperial-invasion Cloud City in its entirety – right up to Falcon’s retreat. The juxtaposition of fiction and reality makes for an entertaining read, and Clave uses the same formula in a post on Ewoks that just barely lost out to this one on my list.

Examining the 7 Lightsaber Combat Forms: You want to be a Jedi? Then learn to use a lightsaber like a Jedi. 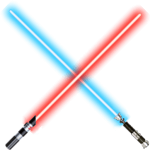 a topic that I didn’t even know existed. I grew up fighting with lightsabers in my backyard (well, sticks that I imagined were lightsabers, but still…).

All there was to it was the depressing of a button, the various blocks, slashes, and jabs, and of course the appropriate accompanying sound effects (produced vocally). But there’s so much more to it than that!

This is definitely a niche post, as I don’t suspect many people are Googling for lightsaber combat forms, but for those that do this is gold. And it serves as a solid primer for scruffy-looking nerf herder newbs like myself.  This post is absolutely steeped in nerdiness; one of Clave’s finer qualities.

7 Reasons to Cosplay: If you are on the bubble with cosplay, this post will push you off the edge and into awesome.

Part of the reason I love this post so much is because I know Morgan and I know that she isn’t just guessing at these pros, but rather speaking from firsthand experience. This post right here is the single reason why I will be giving cosplay a try myself at Dragon*Con 2016. Morgan’s post encourages readers to give it a shot!  I love that. It is so much more than “cosplay is cool,” it is “cosplay is good for you.”

This post was borne on the shoulders of conversations that broke out amongst several of us Nerds during Fear the Walking Dead‘s run on AMC. Jason covers our grievances well, proving that while we love pontificating on the sillier elements of our favorite fictional worlds, we’re not afraid to tackle the tough, real world issues portrayed therein.

Why Donnie HAD to Be the Dead Turtle: With only 4 options, it had to be one of the turtles. 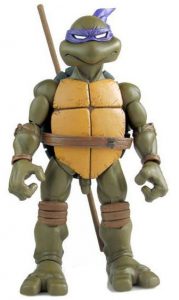 mega-mega Ninja Turtles fan, guys. So to hear that one of them had been offed in the IDW comic run was jarring to say the least, but I knew even before reading the issue myself or any spoilers which brother bit the dust: Donatello.

In this post I do a pretty good job of exploring each of the other brothers’ deaths in turn – what each one’s death would have meant for the others – and conclude that it simply had to be Donnie that died.

This one was just flat out fun to write despite its tragic contents.

With 2016 promising a ton of anticipation-worthy nerd offerings, it stands to reason that our content will be solid as well. While I look forward to writing, I look forward to reading the thoughts and work of Nash, Clave, Jason, Morgan, Jennifer, and Ross even more. I sincerely hope you’ll join me in reading and sharing during the upcoming year.