The Glass Cannon Podcast: Episode 64 – Blix is for Kids.

In a chapel sacred to Gelabrous’ goddess Desna, the crew confront a long-dead spirit before having to make a vital decision on which way to continue deeper into the fort. 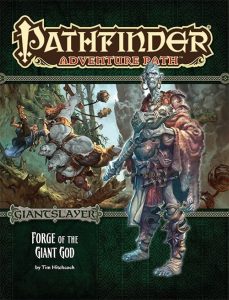 The Glass Cannon guys are playing Pathfinder, a fantastic roleplaying game that began as an offshoot of the 3.5 edition of Dungeons and Dragons. You can learn more about Pathfinder here or get your own copy of the 1st book of the Giantslayer adventure and start a Pathfinder campaign of your own!