This might be the most unnecessary article I’ve ever written, for this site or otherwise. It is the Year of Our Lord Two-Thousand Sixteen. We’ve landed men on the moon. We’re on the precipice of 2TB SD cards. So if you aren’t reading Brian Clevinger & Scott Wegener’s Atomic Robo by now, I really don’t know what I can say to convince you that it’s the comic you need to be reading. 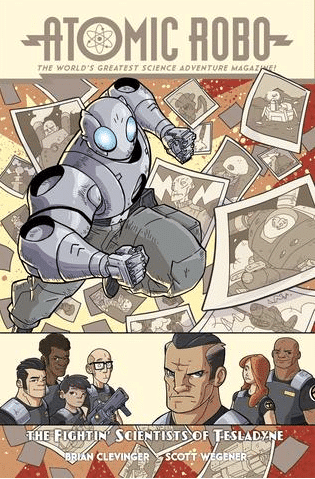 That is a lie, of course. I know of many things to say! Here are seven.

So if I was to continue with the fiction that you don’t already know about Dr. Atomic Robo-Tesla, the world-famous billionaire adventuring robot, I would tell you that he’s almost a hundred years old, he’s a brilliant scientist, and he has a corporation that invents things and fights monsters. Like giant ants! 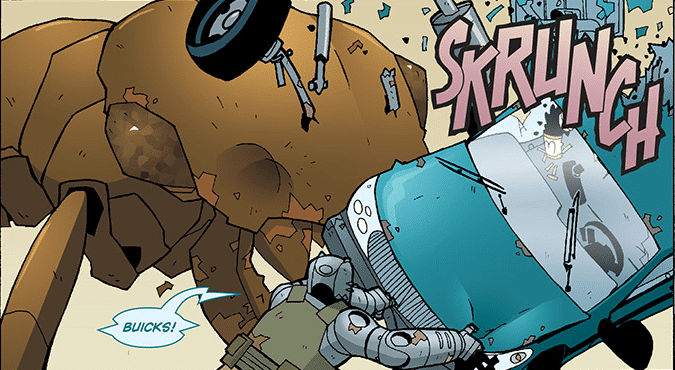 And sometimes there are (other, meaner) robots!

Really, everything after this is just a formality.

Full disclosure: I led with the “action” portion of the “Action Science” because, let’s be honest, punching is easier to put on a comic book cover than a discussion about the very nature of reality. 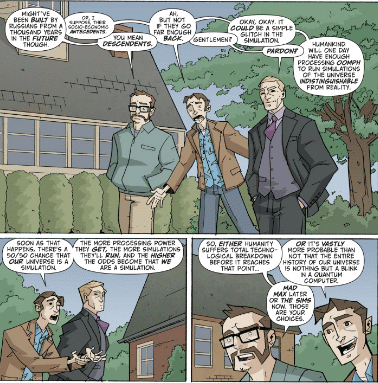 But if Atomic Robo is first and foremost a robot with a nuclear heart, he is second and aftmost a scientist, as are all of his adventuring companions. That’s why you can have discussions like this… 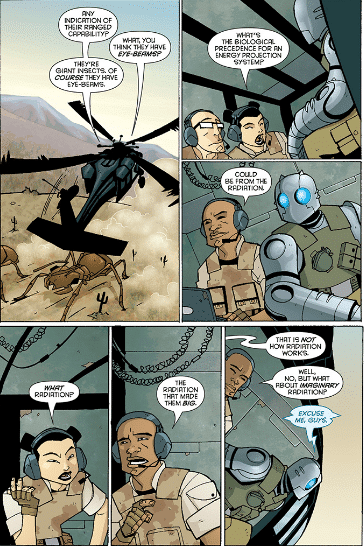 And not disrupt the flow of storytelling at all. Clevinger takes one of the most difficult challenges in writing–to make the characters sound smarter than the readers without being impossible to understand–and runs with it, sprinkling in enough techno-jargon to make it clear that Robo et al know what they’re doing, but never so much that we get lost.

Robo was “born” in 1923, and he’s been action-ing and science-ing all across the secret history of the world ever since. Each volume is a stand-alone story focusing on a different adventure at some point in Robo’s life. He flew with the 1st AVG, went to Mars with the Viking landers, might have caused the Centralia fire, and has more than a tangential relationship with Tunguska. Anybody with a passing interest in World War Two (both the Pacific and European theaters), 30s-era gangsters, or zeppelins (in various settings) can find something to love in Atomic Robo. 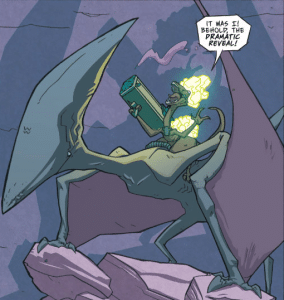 I hate–hate–the clickbaity-type articles with listicle entries that are just a single picture with the words “Just [image name].” But seriously. 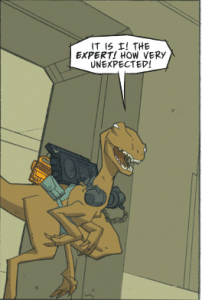 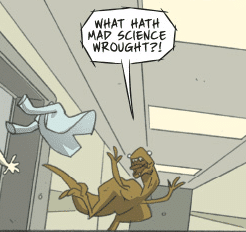 Robo, if you didn’t know, was invented by Nikolai Tesla back in the 20s. As befits a mechanical fellow who’s been around that long, he’s had encounters with a sackful of famous historical figures. In addition to Tesla, Charles Fort, HP Lovecraft, Carl Sagan, Claire Chennault, Bruce Lee, Jack Parsons, and Charles Bolden, he’s tangled with real-life supervillains Thomas Edison and Otto Skorzeny. There’s a handful of others whose very identities would be a major spoiler.

Then there’s the Real Science Adventures, a spin-off series that follows some of the other characters in the Robo-verse. The “Billion Dollar Plot” arc brings in Annie Oakley, Houdini, George Westinghouse, and a threat pulled right out of Alan Moore’s playbook. The League of Extraordinary Gentlemen one, not the one with the snake god.

I’m not much of an artist. I admit that. And I don’t have an eye for art, not really. I mean, I can understand why so many people hate Rob Liefeld’s work, but I happen to have a soft spot for a thigh pouch every now and then. So when I say that Scott Wegener, Jeff Powell, and the trio of colorists for Team Robo (Ronda Pattison, Nick Filardi, and Anthony Clark) make some astounding art, I hope you don’t discount my opinion out of hand. Whether it’s a rocket plane blasting off into low-Earth orbit… 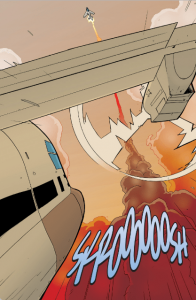 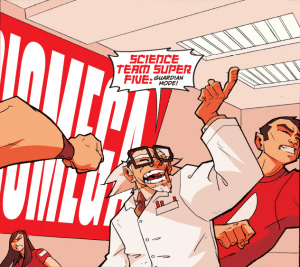 Or those terror birds…

It’s always evocative, energetic, and a sheer joy to behold. The consistent style gets a break, every now and then, with the Real Science Adventures, which feature a stable of guest artists just to keep things fresh.

Clevinger & Wegener have got a bit of attention for this already, but it’s one of the most important aspects of Atomic Robo, one of the most obvious reasons the quality has stayed up in the stratosphere for its entire publication history. They’ve got five unbreakable rules of storytelling (No Angst, No Cheesecake, No Reboots, No Filler, and “The Main Robot Punches Another Robot (Or Maybe A Monster)”) that have guided every issue of the comic, and for something so simple, it’s such a clear and pure editorial vision that once you know about it, you can’t help but see its influence in everything Clevinger & Wegener publish. In this day and age, it’s rare enough to get a quality story from issue to issue–rarer still do you find a creative team with such an uncompromising dedication to fun. 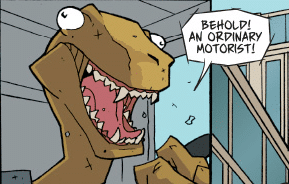 One special note: I’m terrible at self-promotion, so I’ll make this brief: I wrote a comic! It’s available RIGHT NOW, only on Comixology!