Friday 5 collects bits of news, fun, and updates on the week’s best nerdy things. Five quick links and your mana pool is replenished for the week. You can thank us later; first, to the links!

Nerd Culture Highlights for the Week of September 18, 2016

1. The official trailer for Passengers drops.

Do you like science fiction? Me too! And Passengers stars Chris Pratt and Jennifer Lawrence, so I know what I’ll be watching this Christmas when I’m not watch Rogue One for the 12th time.

Are a fan of the Star Wars EU (Expanded Universe)? If so, you’ll really want to watch this video essay on Splinter of the Mind’s Eye, or click the link above to dig into the story behind it.

If you aren’t current with the Star Wars Rebels cartoon on Disney, this video will catch you up on the first 2 seasons in under 3 minutes.

4. I Kill Giants is coming to the BIG screen.

The love that Nerds on Earth has for I Kill Giants is on record. But now we’ve gotten the news that Zoe Saldana has been cast for the feature film. We’re in. 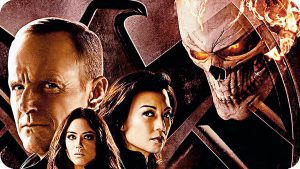 5. Agents of SHIELD is back.

This wouldn’t be much of a nerd news link list if I didn’t acknowledge the return of Fall TV. The new season has begun and the first out of the gate is the 4th season of Agents of SHIELD, with others like Arrow and Walking Dead to kick off in rapid fashion in the coming days and weeks.

For now, click the link above to get caught up on SHIELD!

That’s our 5 quick links for this week. We’ll catch you up on the big stuff again next Friday. Until then, happy nerding!

Seeing Double: The Rise of Clones in Pop Culture

Bounty Hunting is a Complicated Profession