A Recap and Review of Agents of SHIELD Episode 401: The Ghost

Marvel’s Agents of SHIELD is back for its 4th season. Jumping ahead a few months after the end of season 3, we knew that changes were afoot for the agents of SHIELD. But what will this new iteration of the Agents of SHIELD look like? After this week’s premiere, here is a breakdown of where things stand.

A Recap of Agents of SHIELD Episode 401: The Ghost

The band has been broken up. The core group of SHIELD agents that we know and love have been scattered in the new organization, with the insinuation that the re-org is related to Slovakia Accords that were prominent in this summer’s Captain America: Civil War movie. Here is a quick rundown of where everyone stands:

But we also see some new things happen.

Ghost Rider is introduced from the very beginning of the episode as he shows up and annihilates most of a gang that Daisy was working for information. While the gang were clearly evil white supremacists, it is clear that we aren’t supposed to cheer their brutal murders when the Ghost Rider runs them over in his 1969 Charger.

Daisy then spends most of the episode tracking him down, discovering his real identity and then having a fight with him. The climax of this part of the story is that the demon punishes those who deserve it, but, when given the chance to kill Daisy, who clearly thinks she does deserve it, Ghost Rider passes and walks away. Later, we see him in human form as he meets his paralyzed brother who gives him a stay in school message.

Coulson and Mack go after Daisy after May tips them off, when she gets word of the gang deaths and Quake’s presence there. That tip means we get to see HQ, see many people that we (and the regular crew) don’t know, showing the SHIELD is ramping back up in power. 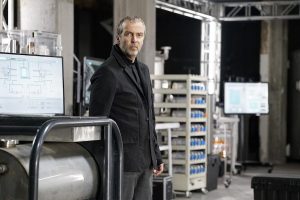 Once we get that there is a division between Simmons and Fitz, that is clearly going to be an ongoing issue, as Dr. Radcliffe, the guy who made the genetic mutant freaks in last season’s ending story, is shown to be pardoned, although a part of his pardon is that all of his research has to be monitored. Yet his side work is the creation of AIDA, a lifelike woman android. After discussing how she would be able to protect agents in the field, even saving them from death by being a “shield” for them, Fitz decides to help Radcliffe and not tell Simmons about AIDA until she is “perfect”.

The last thing introduced is that Coulson and Mack track down a gang in LA as part of their investigation. The gang was very concerned with a box that when opened seemed to release some kind of evil spirit. The first person it possessed was killing others when May shows up with her new strike team and take everyone out. But, the spirit seemed to infect her, which we get confirmation of when she has a weird vision when talking to Coulson at the end of the episode.

A Review of Agents of SHIELD Episode 401: The Ghost

The move to 10 PM. After a very sexualized dressing scene at the very beginning of the episode, I groaned and held my breath. Thankfully, the show seemed to hold to its core and didn’t push the boundaries too much. But I was very worried for a few minutes.

The “splitting up the band” was a good trope for this episode but I will be annoyed if it lasts for the whole season. Maybe tension and build up to the mid-season finale with them all getting together.

Ghost Rider, at least for now, seems to be the Big Bad of the season. I guess I should have seen that coming but I was convinced that wasn’t going to be the case. Thus far, I am wrong.

The demon from the box? In terms of Marvel characters that it reminds me of the most: Malice. But I would bet Malice is a mutant property and thus under Fox’s dominion and unavailable. But, I don’t know the “magic” world of Marvel that well and my gut says Demon Spirit Lady is going to be a tie-in into Doctor Strange eventually. (The movie comes out in early November).

The show seemed to go out of its way to NOT say the word “Inhuman”. Interesting to see them move away from what had been a core story point for a long while.

The AIDA plotline is going to be the test of FitzSimmons this year. Crazy wild speculation: Fitz falls in love with his new creation because Simmons can’t/won’t give him time. At the end of the season, AIDA sacrifices herself heroically to save Simmons and reunite the couple, who are each other’s true and real loves. 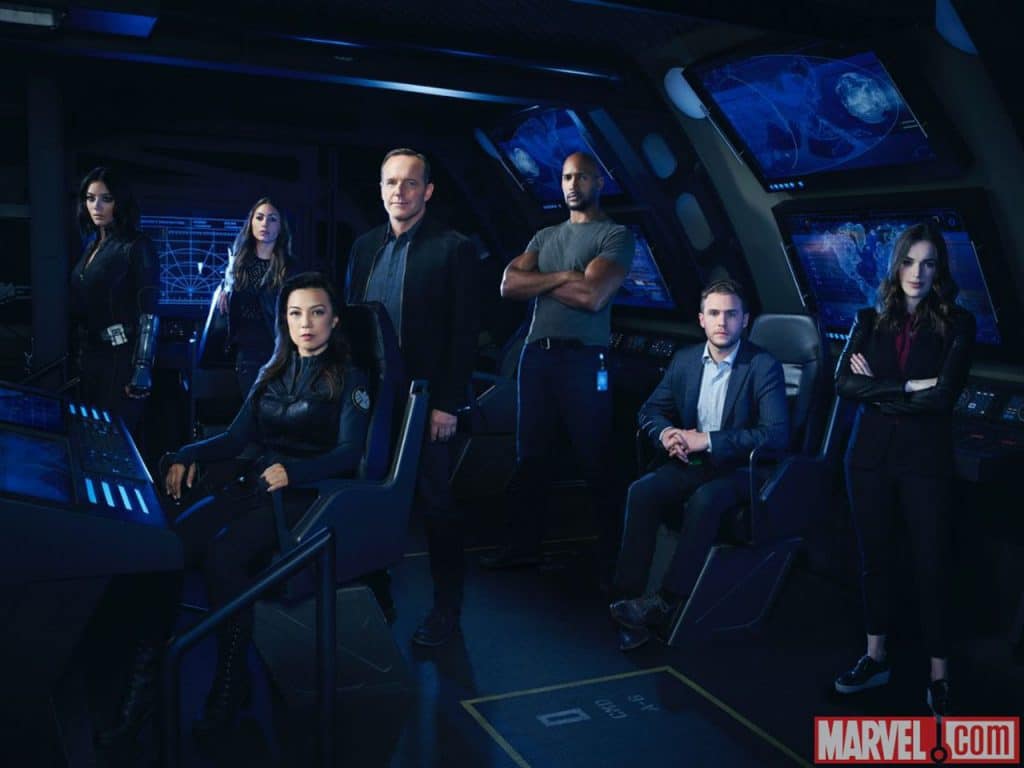 Solid 8 out of 10 Nerds. Premieres are always tough episodes because you have to set up so much and this one did a fairly great job of it.

So, next week, it feels like it is time to meet the new director and learn more about this new version of SHIELD. Is it 4.0? I forget…