Visualizing combat in fantasy roleplaying games can be a difficult thing. The rules can often be complicated, and even if they’re not, just keeping track of where everyone is relative to everyone else can be a headache without some sort of visual aid. For this reason, many games recommend the use of miniatures.

Miniatures not only allow players to keep track of where everything is, but also provide a visual representation of the appearance of characters and monsters, including relative sizes. They can be a great boon to a roleplaying experience. 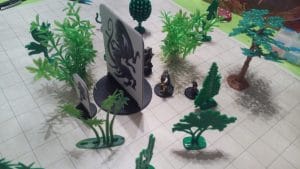 There are countless miniatures available from numerous different companies, both metal and plastic miniatures. It’s possible to find representations of just about every creature imagined in all the Monster Manuals and Bestiaries out there. You can even add on miniature landscapes, buildings, and objects for an even more immersive experience. We’ve reviewed some of the available D&D miniatures, we’ve detailed step-by-step how to build a miniatures collection, and if you follow Clave on Twitter, he routinely shares unboxing videos of various miniatures lines.

Still, miniatures can cost a lot of money, and for many gamers on a budget, building up a collection of miniatures large enough to cover all their games’ needs just isn’t possible. This can result in using miniatures to represent different things than they were sculpted to represent.

Don’t have a wyvern? Use a dragon instead. Only have one orc when you need five? Add in a couple hobgoblins and maybe even an elf. If your selection of miniatures is very limited, you might find yourself using other items you have lying around—pieces from board games, mugs and glasses, erasers, stuffed animals, and so on.

This can work well, as it meets the main goal of miniatures, which is to show where everything is relative to everything else. However, it can cause confusion, as you try to remember which item represents which creature or monster. And hopefully no one accidentally uses the d20 representing goblin number five to make their attack roll! (A good reason to avoid using dice as miniatures—trust me, I’ve been there.) 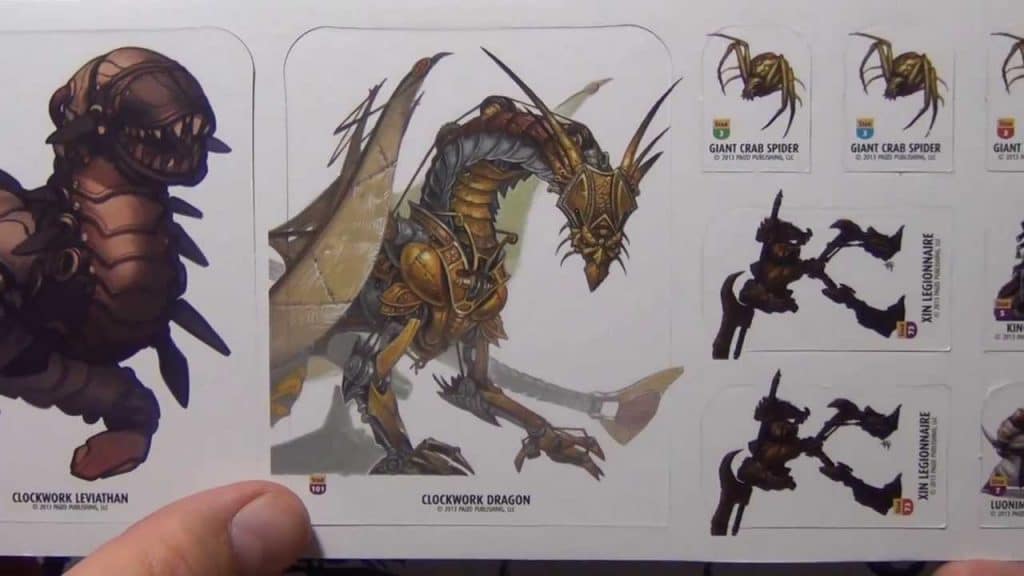 There are some low-cost alternatives out there, such as paper miniatures. These involve printing a portrait of the character or monster on paper and then attaching the portrait to a base. Pathfinder Pawns use this idea and print the portraits on high-quality, sturdy cardboard. The result is a miniature that, while flat, gives an accurate visual representation of the creature, including size. More than that, the pawns are in full colour and use high-quality artwork (generally taken directly from the Bestiary or other book the monster’s statistics are printed in). This can make for an even more immersive experience. 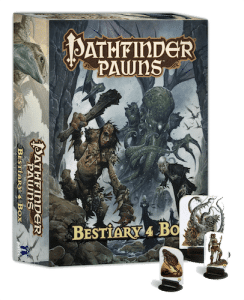 Pawns are sold in two formats. Many come in large boxed sets based around one of the hardcover Pathfinder books, such as the Bestiary Box, the Bestiary 2 Box, or the NPC Codex Box. Each box sells for around $45. As there are around 300 pawns in every box, this price makes pawns one of the most economical choices for miniatures you’ll find, especially considering that purchasing an equivalent number of metal miniatures will likely set you back a couple thousand dollars.

Some pawns come in smaller sets that retail for $20 to $25 dollars. These sets are generally themed around Pathfinder Adventure Paths, and contain the specific characters and monsters you’ll need to run the adventure path.

You also avoid the uncertainty that comes with many plastic miniatures, which are frequently sold in randomized sets. Every set of pawns lists exactly what’s included on the back of the box, so you don’t need to wonder what you’re going to get.

And even though the pawns may bear the “Pathfinder” name, there’s no reason you can’t use them for D&D or any other fantasy game. While you won’t find some creatures, like D&D’s beholders, due to rights issues, there is enough overlap of monsters between games to make them worth your while. Dragons, goblins, and orcs are pretty much fantasy staples, and you’ll find lots of them in the pawn sets. 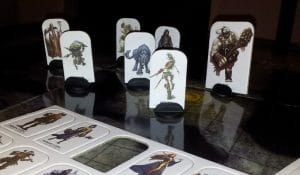 I know that my own games have benefited greatly since I switched to using pawns. My players have particularly loved the fact that the picture on the pawn is of the actual creature they’re facing, rather than whatever substitute I previously pulled from my collection of metal miniatures. I also continue to use my old metal miniatures for the PCs, which further helps the players distinguish between their characters and the foes they’re facing.

Roleplaying can be an expensive hobby, especially if you throw in the acquisition of miniatures. However, there are ways to cut down on those expenses, and Pathfinder Pawns are one of your best options. You can shop for pawns here, finding them at pretty nice prices.