When we last saw (or heard about…?) our heroes, they opened the door from which strange chanting emanated to discover two pregnant ogres tracing symbols in a sand pit and a third ogre praying or possibly summoning something sinister.

Our heroes were spotted when they opened the door, so we’ll resolve this strange encounter in Episode 68 – Summon-Where Over the Pain-Bow. – kicks off!

With the threat of Grenseldek out of the way, our heroes turn their attention to an incestuous band of ogres in the midst of a horrifying necromantic ritual! 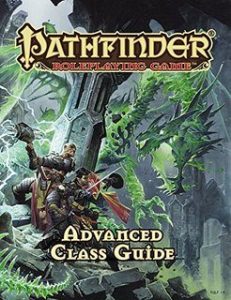