Nerd Culture Highlights for the Week of October 16, 2016.

John Cleese is a comedy legend. Needless to say, this video where he recaps the current seasons of The Walking Dead is great stuff. 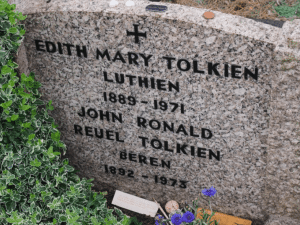 Beren and Luthien, a book by the fantasy author, will be available next year as a standalone novel for the first time since its writing in 1917. It tells the story of a mortal man and an immortal elf, and Tolkien acknowledges that it was written to echo to real life love of Tolkien and his dear wife, Edith.

Our own Joseph Robinson has been nerdsplaining Tolkien’s work, so we’re sure this release gets him excited.

Old Man Logan was a great storyline in the comics. We wrote about it here. Certainly the movie will deviate, but it’s promising nonetheless. And the first trailer is amazing.

4.  Promo pictures hint to the appearance of the Reavers in Logan.

While the Reavers were rumored to appear in Logan, Hugh Jackman’s last Wolverine film, the first trailer confirms the cybernetic baddies.

We’ve written extensively on the Reavers, so this is an exciting addition to the movie.

5. The first teaser trailer dropped for Guardians of the Galaxy 2.

And we’re out of here, leaving you with 5 nerdy links. Hopefully they get you caught up on the big stories from nerd culture that you may have missed this week.