If you’ve ever seen the Goonies or Stand By Me, you have a glimpse of what it was like for me and my cousins as we prowled around the hollows of West Virginia. But, please, no Deliverance jokes, as I’ve heard them all before.

Late one morning our gang of little rascals were out exploring and came upon a slate dump (West Virginians will know this term). Just over the edge was a mason jar filled with a clear liquid that had a slight shimmer to it. The nerd I am, I imagined it was a D&D potion.

We scrambled down, grabbed the mason jar, then huddled around as one of my older cousins wrenched the lid off. The strength of the smell nearly blasted us off our feet, which would have sent us rolling down the slate dump.

We had found a jar of moonshine, that mythical elixir famous for being over 100 proof alcohol. Call it hooch, white lightning, mountain dew, or homebrew (for those of us with D&D inclinations) but it scared us kids to death. We took off screaming and hollering through the hollers. 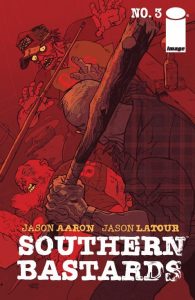 The talented Jason Aaron is perhaps the best known comic book writer to tap into the small town rural vibe through his Southern Bastards comic. Southern Bastards is a story about Earl Tubb, a man who returns home to Craw County, Ala., only to find that it is ruthlessly run by Euless Boss, the local high school football coach.

That might not sound dramatic enough for you, but Southern Bastards has a psychotic-redneck tone that makes for an incredible read. I recommend it highly and you can get it here for the great Image Comics first trade price.

Stories can be cyclical in how they follow trends. Undoubtedly, other creators and publishers took notice of the popularity and success of Southern Bastards and decided there was more coal to mine out of the hillbilly redneck genre. I’ve picked up four brand new #1 issues lately and I’ll share some brief thoughts with you, in hopes I can convince a few of you into dipping into the genre. 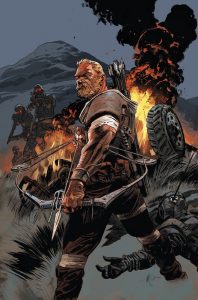 Warlords of Appalachia is a new comic by Boom! Studios. The 4 issue series is built on the premise that after a second Civil War (not of the Marvel variety), only Kentucky holds out in a last stand of the New Confederacy, refusing to recognize United States sovereignty. The reluctant folks hero Kade Mercer becomes a feudal warlord.

Boom! describes it as Southern Bastards meets Dune, and they aren’t wrong. Warlords of Appalachia features future hillbilly military tech and some great worldbuilding. It has great graphic design and nice art as well, so I’m looking forward to more.

You can find issue #1 here. 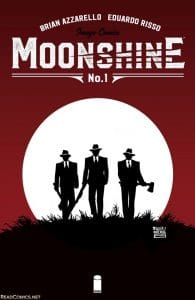 Moonshine is a prohibition story. Its setting is prohibition era, deep in the hollows. A city-slicker from New York City is sent to negotiate a deal with Hiram Holt, the best moonshiner in West Virginia. The city-slicker tries to get the hooch, but he ends up discovering some supernatural secrets.

Since my no-good grandfather ran a little ‘shine in his days, I’m interested to discover more about the hillbillies that are set up so well by Brian Azzarello, who is best known for 100 Bullets and tons of DC titles, like Batman.

Moonshine features G-Men who are way out of their element. It’s gangsters with a little horror slipped in. I’m really looking forward to more.

You can find the first trade of Moonshine here. 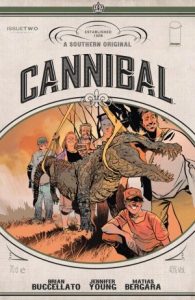 Cannibal is set in Florida, which doesn’t really capture the southern culture, unless you are talking about the panhandle. But Cannibal places such a nice spin on the zombie apocalypse, that I thought it was worthy of inclusion.

The story goes that in 1994 a hurricane swept through Florida. While many focused on the property damage, the real damage was that the hurricane uncovered ancient mosquitoes that had been hibernating just below ground. The mosquitoes infected humans with a 100-year-old strain of Yellow Fever. A medicine was rushed to combat the disease. The symptoms were treated, but a terrible side effect was unleashed: recipients began to crave human flesh.

The tiny little town in Florida hasn’t seen a cannibal…yet.

I’ve written about cannibalism in pop culture before and it continues to gross me out. But the comic has that small town vibe that tethers it to the other Appalachian stories and I’m interested in more. 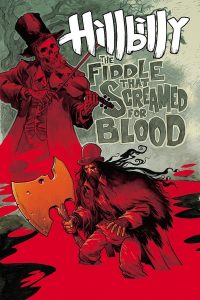 Finally, there is the perfectly named Hillbilly. Hillbilly is the story of Rondel, a man born with no eyes, yet cursed with terrible vision, and is out to rid the world of foul demons and witches.

Self published under the Albatross Funnybooks imprint, Hillbilly is by Eric Powell, who is best known for The Goon. Powell draws from Appalachian folklore, but spins it into a wholly new Appalachian mythos. But Appalachia is part of the Bible belt, so Satan and witches make obvious bad guys.

The book has a talking bear, a big ‘ole cleaver, and a few opportunities for a legitimate Deliverance joke.

You can find it here.

And there are several great comics if you are interested in the trend of hillbilly redneck sagas that is gaining so much popularity in the hobby. Do check them out.

And there may be more that I’m not aware of. Please join us on Facebook and share a title I may have missed!