Troy pulled some shifty trickery last week and left our heroes in a precarious – and potentially lethal – position with regards to an ornery rift drake.  Find out how that encounter concludes in episode 85 – Let Them Eat Drake!

The party comes to a crossroads as the battle with the rift drake concludes. 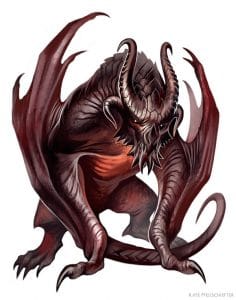 of the 3.5 edition of Dungeons and Dragons. You can learn more about Pathfinder here or get your
own copy of the 1st book of the Giantslayer adventure and start a Pathfinder campaign of your own!

How the Writing of Brandon Sanderson Can Shift Your Perspective