John Williams—undoubtedly the greatest film composer, living or otherwise, of all time—recently celebrated his 85th birthday. If you’re wondering why Nerds On Earth is covering a film composer, consider the impact John Williams has had on your life and pop culture in general. If you like any of the following films…

Close Encounters Of The Third Kind

Fiddler On The Roof

Catch Me If You Can

Empire Of The Sun

Memoirs of a Geisha

…then you have benefited from Mr. Williams’ masterful skill at translating images and emotions into music (and this list barely scratches the surface of his work in Hollywood over the past sixty years!).

Stories about John Williams abound—that he speaks in 50’s Beat poet jive and calls everybody, male or female, “baby”; that he composes all of his scores with paper and pencil, sitting at his grand piano, at home; that he accompanied Marilyn Monroe on piano in Some Like It Hot—and all of them are true.

The world is a fortunate and better place because of John Williams.

To honor the Master of Musical Emotion, I’ve put together a list of seven of Mr. Williams’ greatest compositions from the Indiana Jones films. His score of the swashbuckling adventures of Dr. Henry Jones, Jr. has given pop culture a soundtrack to life, one that can fit almost any situation. Let’s jump right in, shall we? 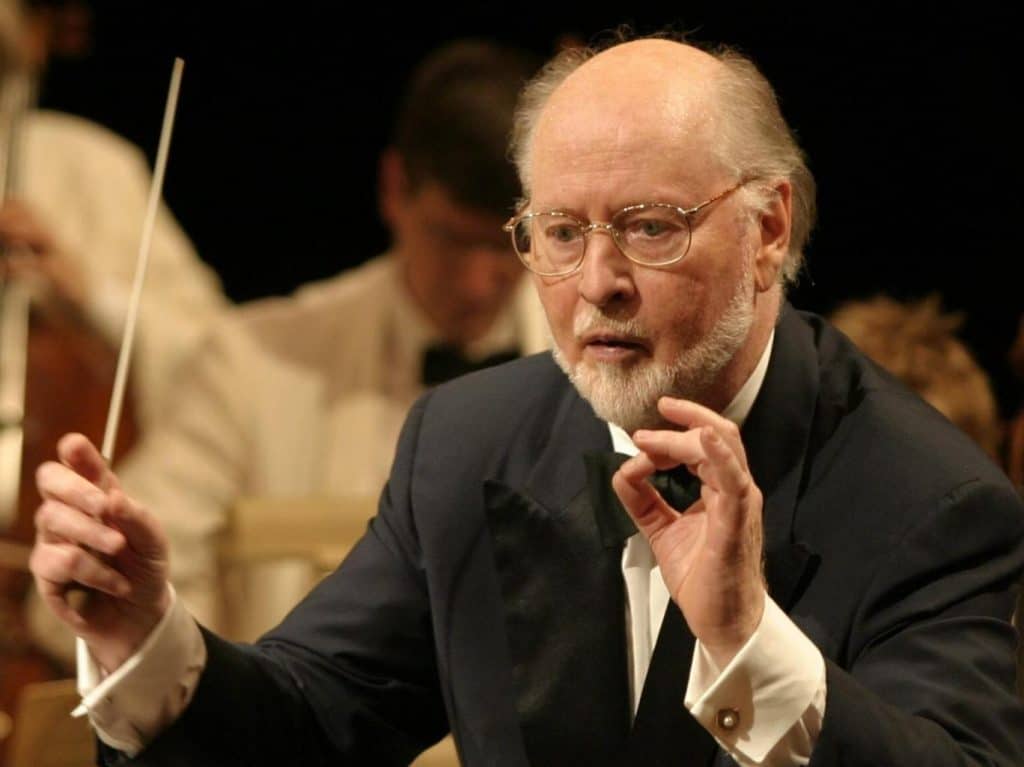 Indy’s star-crossed romance with Marion Ravenwood led him all over the world, and Mr. Williams gives listeners a love theme to match. The film is set in 1936, and the love theme’s unapologetic lushness and sentimentality fit perfectly with the period. A solo flute opens the piece, describing the ups and downs of their relationship. As strings slowly fade in, the romantic tension rises into a fluttering of strings and woodwinds.

The piece builds to a beautiful peak before fading into confusion and, finally, dread—a musical symbol of the mysterious and unknown power of the Ark itself. This is one of John Williams’ greatest strengths: the ability to transpose story and feeling into music. And he does it all in this piece in barely two minute.

“Washington Ending / Raider March” From Raiders of the Lost Ark (1981)

By the end of Raiders, Indy has found and lost the Ark of the Covenant, first to the dastardly archaeologist Belloq, then to the power-hungry Nazis, and finally to the U.S government. But he’s still got Marion and their adventure together, which is why the piece opens with a reprise of her theme before sliding into the iconic Indiana Jones theme.

In keeping with the romantic, adventurous tone of the film, it swells with bravery, twinkles with humor, and pulses with wonder. The strings soar, the trumpets blare, the snare drum snaps, and everyone goes home with a bounce in their step. The piece is so iconic that Harrison Ford can’t escape it, even when he goes in for a colonoscopy.

The Temple of Doom is a very different film than Raiders—darker, scarier, more violent. But Short Round, the Chinese orphan informally adopted by Indy, provides a bright spot among all the child slavery and human sacrifices practiced by the Thuggee cult of Kali.

In the film, the piece plays as Indy, Short Round, and Willie approach Pankot Palace deep in the jungles of India. There is menace lurking in the hills around and halls of the palace, but most of that is overshadowed by the wonder and adventure of this piece. Short Round’s wonder at the sights and sounds he experiences alongside Dr. Jones can be heard in the main line of the French horns, while the brightness he brings to the film is reflected in the ringing of the percussion.

The argument could be made that Short Round’s theme is the true main theme of Temple of Doom.

“Nocturnal Activities” From The Temple of Doom (1984)

It’s unfair to compare Willie Scott, famed nightclub singer and Indy’s love interest in Temple of Doom, to the unbeatable Marion Ravenwood. The characters are apples and oranges, so to speak. The same goes for their musical themes.

Willie is a mostly unwilling partner in this adventure, after all—she is rescued out of necessity by Indy from Club Obi-Wan in Shanghai, stranded in the wilderness of India, and almost sacrificed to Kali by the Thuggee cult they stumble upon. Her happiest moment in the film occurs when the trio of adventurers reaches Pankot Palace and is feted by the young Maharaja and his prime minister.

Riches, jewels, luxury: what more could a girl like Willie want? In the afterglow of the feast romance blooms between Indy and Willie. Mr. Williams’ accompaniment exudes torrid, overwrought romance to go along with their eye-roll inducing flirting. This is love with a wink in its eye.

“Scherzo for Motorcycle and Orchestra” From The Last Crusade (1989)

In Indiana Jones’ last (or so we thought) hurrah, Indy’s attempt to recover the Holy Grail and keep it out of the hands of the Nazis in The Last Crusade dredges up some unexpected drama for our brave hero, specifically in the figure his father: Dr. Henry Jones, Sr., played with great wit and expression by Sean Connery.

Harrison Ford and Connery’s excellent chemistry and spiky relationship as father and son is scored to perfection by Mr. Williams. The term scherzo refers “a movement or passage of light or playful character,” and it perfectly describes this piece. The Jones boys must escape from a Nazi castle, but the dangers posed by the technicians in the castle’s control room and the soldiers stationed around its environs are countered by the infectious fun and mischief that weave in and out of this piece. Even the tension John Williams builds into the piece is more exciting than anxiety-inducing.

The Indiana Jones films were my first gateway into the wonderful world of history as a kid, and none of them had more of an impact than Indy’s quest for the cup of Christ. The film builds the mystery of the Holy Grail until, after passing through the temple’s trials and traps, Indy finally sees the relic’s resting place and the ancient knight keeping watch over it.

He has guarded the Grail for 700 years (“A long time to wait,” the Grail Knight wryly says). The awe-inducing age of this brave, time-weakened knight and his noble quest is backed in this piece. The echoing trumpets convey to us the knight’s noble duty, the flutes gently highlight his diminished strength, and the oboe-led main line conveys the dignity and honor of guarding such a sacred artifact.

The piece loses none of this dignity as it transitions into the ultimate test: which of the cups surrounding the Grail Knight is the true Grail? “You must choose. But choose wisely, for as the true Grail will bring you life, a false one will take it from you.”

While fans and critics might not like The Kingdom of the Crystal Skull, John Williams’ musical score for the film is of the same high caliber of the earlier films. This piece accompanies a much older Indy and his young new companion Mutt on a madcap dash through the campus of Marshall College in their attempt to escape two KGB agents.

The escape takes Indy and Mutt from a diner brawl between jocks and greasers through the ivy-draped halls of Marshall and into an anti-Russian student protest. The cracks of the xylophone, the muted trumpets, and the seesawing of the strings add to the general mayhem the Jones boys wreak across the streets and quads of Marcus Brody’s beloved school.

If you’d like to purchase any of this excellent music, it can be found here. In the meantime, check out our Spotify playlist!

The Summer SCORESCOPE: Musical Morsels For Your…