The party decides to go for the big entrance into a room full of giants as Nestor (loosely) quotes the great philosopher Roddy Piper:

“My friends and I have come here to chew bubblegum and to and kill big, stupid, smelly bastards…and we’re all out of bubblegum.”

And now to quote Troy:  “This is going to be an insane combat!”  You gotta love it when we get the Roll for Initiative drop early on in an episode of the GCP, and thats the case in Episode 103 – Groghall Putsch.

It’s an old fashioned barroom brawl as the heroes take on a raging party of giants! 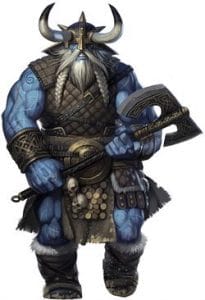