Glass Cannon Podcast: Episode 104 – Rock Me on the Dais

The party wanted paprika, but instead they found a giant lurking in the pantry.  Will her screams for help draw unwanted attention?  Find out in Episode 104: Rock Me on the Dais.

An unexpected encounter with a strange new species of giant will put the heroes on a dangerous path into the very heart of the Cathedral! 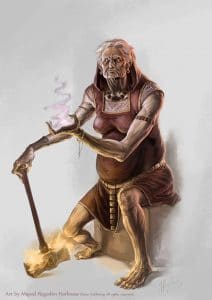 The Drift Episode Three: Interview with Skid Maher of the GCP