Now face to face with Urathash who has boasted he – not Volstus – will usher in a new age for giants, our heroes have to tread carefully.  Will battle weariness and spent resources prove their undoing?  Find out today in Episode 129 – Statue of Limitations.

Urathash has entered the building! Will the heroes lay down their weapons and accept a clean death in the name of Minderhal or will they stand resolute and attempt to take down the ruthless inquisitor they’ve been tracking for weeks!? 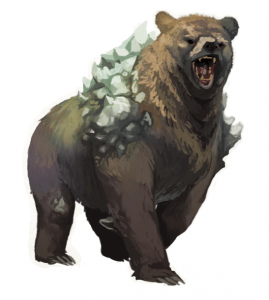