On one hand, we love live play podcasts, so we’d be glad to signal boost every live play podcast if you could. But on the other hand, we like to keep our recommendations few in order to maintain a high bar in our endorsements. Our compromise is our weekly feature.

Interestingly, many of the messages we get from podcasts suggest the they consider Nerds on Earth as a tastemaker, which is flattering and humbling. It’s also bonkers.

You see, taste is subjective. My personal live play podcast tastes are Glass Cannon, Called Shot, and Sneak Attack, so I think I have good taste, thank you very much, but I also realize that mileage may vary and your taste may be wildly different.

That said, I want to introduce you to another live play podcast but doing so will require me to share a bit about my podcast tastes. It’ll be up to you to decide if we like similar things! 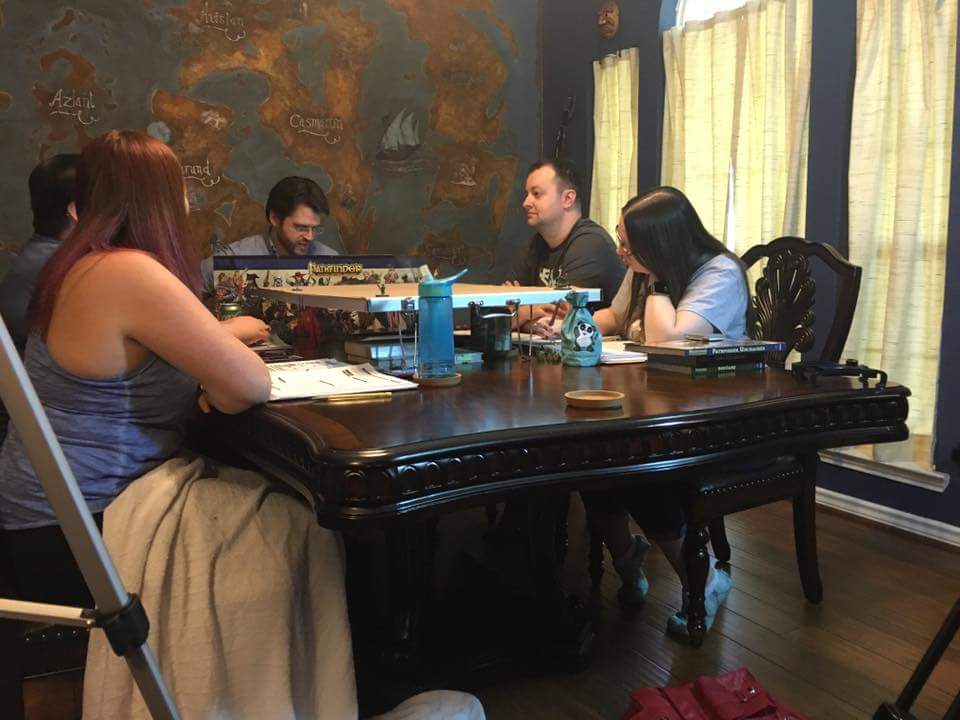 An Introduction to the Find the Path podcast.

The Find the Path podcast is a live play show with nice sound quality that is playing through the Mummy’s Mask Adventure Path for the Pathfinder RPG from Paizo. If you aren’t familiar with Mummy’s Mask, think ancient Egypt and you have the general vibe.

As I’m writing this, there have been only ten episodes released, so it’s an opportunity to get in on the ground floor, yet it’s enough of a run to get a solid feel for the podcast. I mentioned above that lots of podcasts reach out to us, but Find the Path didn’t. I discovered them on my own, as I was searching for Pathfinder related podcasts, specifically those that were playing through an official Pazio story.

So let’s talk about the story, avoiding spoilers. Mummy’s Mask has a really clever opening, which pretty much functions by imagining that Brendon Frasier’s Mummy movies had a love child with the Amazing Race. As a result, the first 10 episodes really introduces the setting well, while providing opportunities to meet adventuring teams and having tomb-raiding dungeon crawls.

The Find the Path adventuring team is:

Live play podcasts by definition are a slow burn. It takes while for the story to unfold and for listeners to really get to know the characters well. This is true for Find the Path as well. After ten episodes, I’m still occasionally getting the characters mixed up and at times I miss if it’s table talk or in-character discussion.

Occasionally a roleplay interaction will be flat, but they even joke about this a couple of times. And my taste doesn’t tend toward flashy dramatics anyway, so I’m not looking for the first few episodes of a podcast to feature characters providing William Shatner level dramatics. To be clear, I said occasionally flat and I wouldn’t be writing this article if I wasn’t picking up what the players were laying down. But more on that below.

I mentioned Glass Cannon and Called Shot above. In fact, players from those pods are active in the Nerds on Earth Slack channel where we have little sub-channels to discuss episodes and banter on as nerds are won’t to do. Much of that banter is about the Pathfinder RPG and Golarion, the world that Pathfinder is set in.

Find the Path is set in that same world, yet in a corner not explored by the Giant-killing Glass Cannon or the pirating escapades of Called Shot. Being set in Golarion adds to the fun of Find the Path for me, although that’s not to directly compare the shows. Each podcast is it’s own thing, obviously, but it’s nice to have a shared lore and a listener could add Find the Path alongside Glass Cannon and Called Shot, providing a nice Pathfinder deep dive. 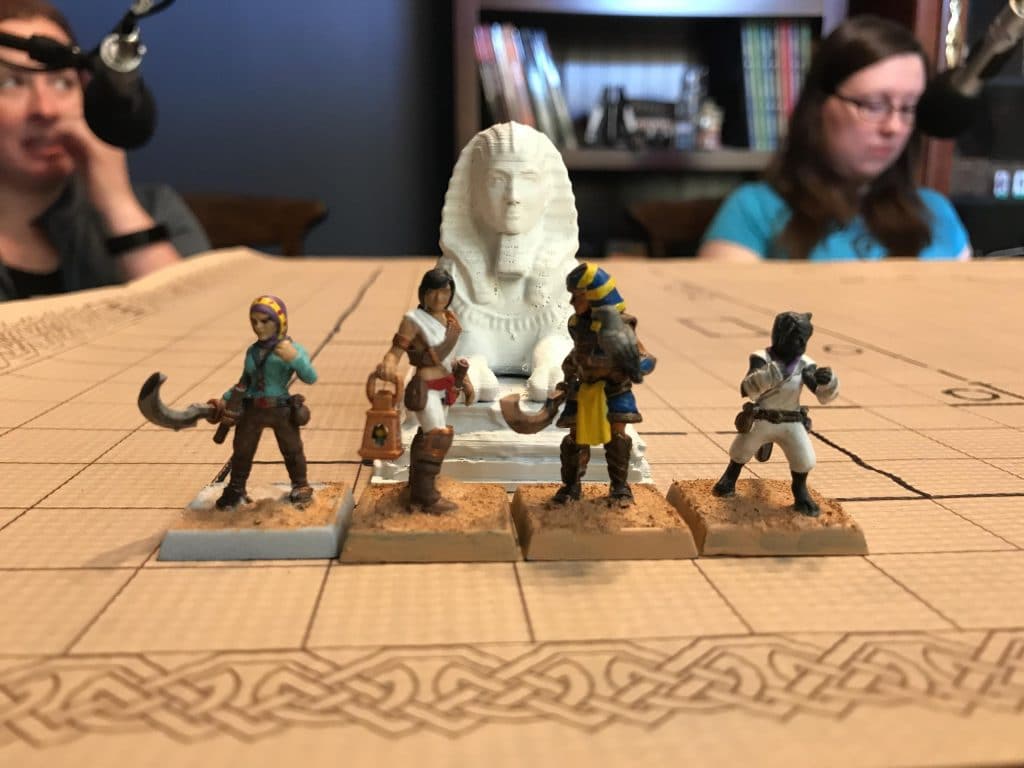 Speaking of Pathfinder, the Find the Path crew are veterans to the system and it comes out in the show. They know the rules, and not in a rules-lawyer(y) way, just in the way that comes from having a lot of experience with the game. This combined with Paizo’s brilliant storytelling in their Adventure Paths is a killer combo.

I mentioned that I’d share some of my particular taste in podcasts. I like competent people. Podcasts that are all like, “Hey, we’re just a bunch of brand new players who are learning as we go and we’ll giggle out all the times we screw up…” aren’t my cup of tea. I like it when players and the DM effortlessly know what they are doing, and Find the Path has a table full of competent players who are playing through a professionally written story, so we know we’ll be getting a quality narrative, smoothly run.

Besides being solid players, the players also seem like good people and they have an excellent table feel. They are clearly good friends and treat one another kindly. I really enjoy this. I don’t want to disparage some of the name brand streaming shows that recruit big, flashy personalities in order to present a particular vibe, but those hyped-up showy-shows aren’t to my taste.

I like to listen to podcasts that features “normal” people. To be clear, I realize a word like “normal” might seem like faint praise, but I mean it in the best of ways. I’m just a dad who works in the yard on Saturdays, takes his kids to church on Sunday, does his job throughout the week, and banters endlessly about nerdy things.

So I’m not looking for something flashy in my ears when I’m cutting the grass. I just want a good story that entertains me and plays a solid game, created by positive people who seem like they are having a good time. And it means a lot to me that Find the Path doesn’t earn an explicit tag, as it means that I can listen to it in the background and not be nervous when my kids walk in the room. (Similar reasons to why I like Sneak Attack.)

Good people, good story, good setting, good sound, and good table vibe. That’s a lot of good, nerds. And it adds up to a really good reason why the Find the Path podcast in now among my weekly listening. If it seems like you and I might have similar tastes, then it might be a good time for you to give Find the Path a try.

All the episodes of the Find the Path podcast can be found at find-path.com.

Bring the Hyborian Age to Life With These Conan Tabletop Games