Will you be buried with your board games? The Vikings were.

The board game was called Hnefatafl, which is hard to say three times real fast. Um, actually, it’s hard to say period. But it must’ve been fun, because Vikings were routinely buried with the game. But why?

To understand that, we need to remind ourselves of Viking culture. Firstly, I recommend reading the Walt Simonson run of the Thor comic, followed by Jason Aaron current epic run. But for those that don’t want to spend days reading 200 back issues of comics, let’s quickly sum up the important story-telling element of Viking culture. 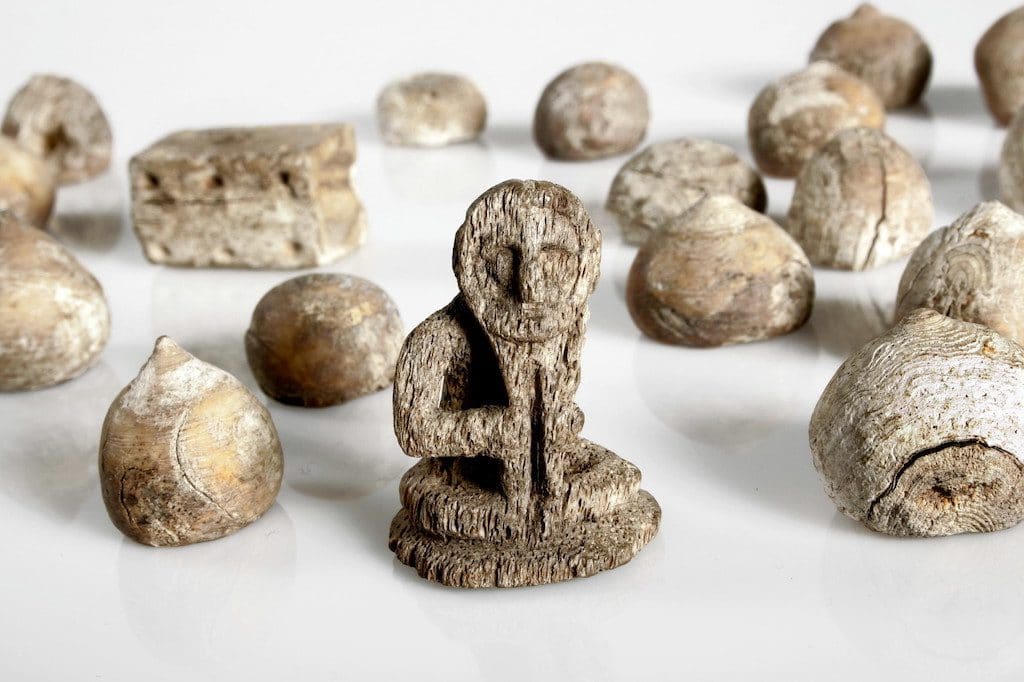 Ancient Viking sagas are chock-full of tropes that are instantly familiar to modern fantasy fans. One such story–The Saga of Hervör and Heidrek–was actually a key influence on classic early-20th century fantasy works.The 13th-century tale features a magical sword, dwarves, elves, tragic curses, and a contest of riddles that will read familiar to fans of JRR Tolkien’s Hobbit.

Heidrek–King of the Goths–summons his enemy, Gestumblindi, to court. Fearing execution, Gestumblindi desperately seeks help from Odin. Odin agrees to transform himself into a doppelgänger that will take Gestumblindi’s place at court. The disguised god then convinces Heidrek to settle the matter through a game of wits.

Quoting Atlas Obscura: “The story’s subsequent riddles illustrate countless facets of life during the Viking Age—most notably riddle 13, which provides rare insight into an intriguing Nordic pastime. “What women are they,” asks Odin as Gestumblindi, “warring together before their defenseless king; day after day the dark guard him, but the fair go forth to attack?” For centuries, Heidrek’s answer to this riddle has fascinated archaeologists and historians alike. “This is the game of hnefatafl,” he says, “the darker ones guard the king, but the white ones attack.”” 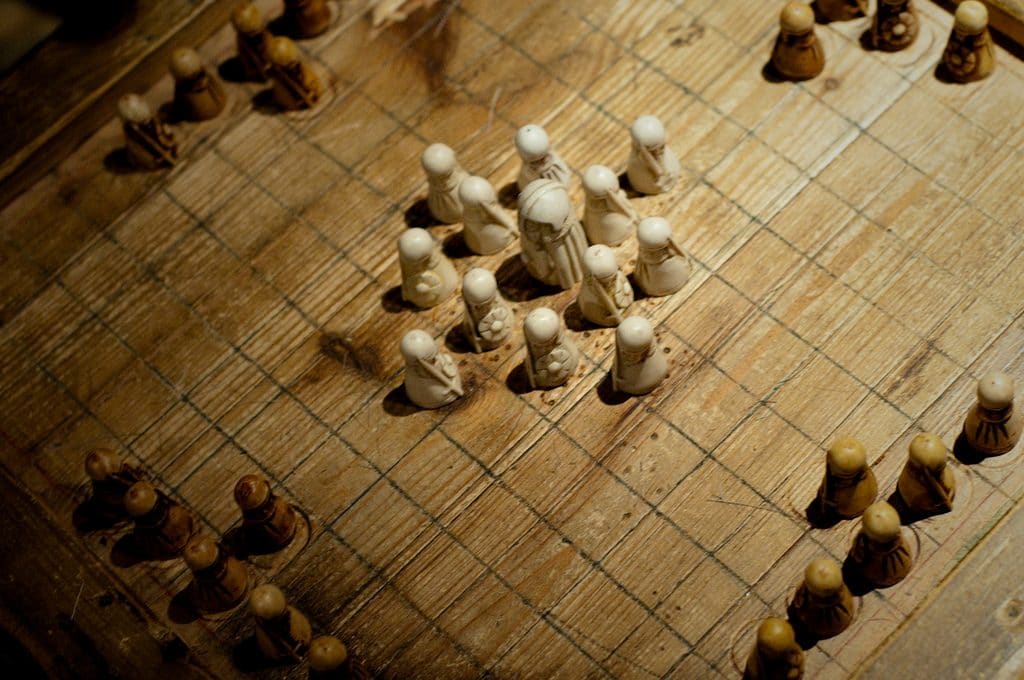 In homage to the saga, Hnefatafl is one of the rare breed of games with two unequal sides. The defending side comprises twelve soldiers and a king, who start the game in a cross formation in the center of the board. Their objective is for the king to escape by reaching any of the four corner squares. The attackers comprise 24 soldiers positioned in four groups of 6 around the perimeter of the board. All pieces move like the Rook in chess and pieces are taken by “flanking” them and moving your piece so that an opponent’s piece is trapped horizontally or vertically between two of yours.

The game meant a lot to the Vikings. Need proof? They were often buried with it. Vikings often placed a hnefatafl board on the deceased’s lap. Archaeologists have unearthed a vast amount of hnefatafl boards and pieces from Viking boat burials. Dating as early as the 7th century, most of the pieces consist of simple sculpts from glass, whale bone, or amber. You have your attackers, of course. These pieces were often ordinary discs like checkers. Then you’d have one prominent king piece, that was known as the hnefi. 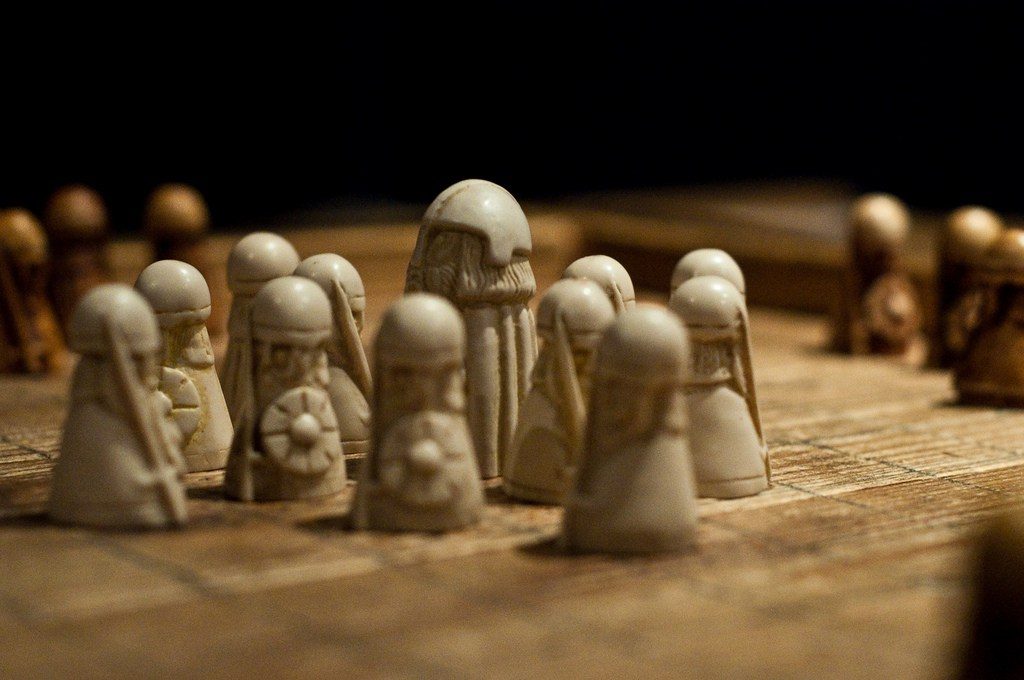 Hnefatafl has an official Board Game Geek page. A full overview of the game was published in the old school Dragon Magazine #128, a issue that also had a feature on Waterdeep, the city setting of D&D’s upcoming adventures. The most accurate modern analog is a 1982 game called Break Away. (But the North Sea Saga would provide more actual modern day fun.)

Hnefatafl is a fun piece of lore if you are a fan of Viking history, board game history, or just quirky fun in general. I read the European Journal of Archeologists so you wouldn’t have to, but if you are interested in more about this fascinating sliver of history, you can find the complete research here.