The year is 5018 Pact Standard after the Gap. Roving gangs of mutant-killing android Sentinels deputized by Prime Director “Cash Me Outside” Girl enforce an uneasy peace in the Pact Worlds.

OK, my apologies. I’m mixing my metaphors with my gaming universes, failing miserably to write a lede that introduces the Starfinder roleplaying game, which was released by Paizo Publishing to enthusiastic hordes of nerds in August 2017.

It is now roughly one Pact Standard year later. So what is the state of the Starfinder roleplaying game today? 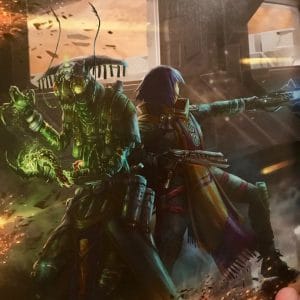 Put simply, Starfinder is doing great. Recent RPG sales numbers were released that placed Starfinder as the #2 best selling RPG in game stores, sitting right below D&D and one slot ahead of Pathfinder. While we don’t have exact sales figures (only relative position), we can surmise that Starfinder is profitable and extremely popular in the nerd marketplace we call the FLGS.

Paizo is known for supporting their properties extremely well and this is also true for Starfinder. Paizo has produced flip mats, condition cards, and much more to support Starfinder. While miniatures have been slow coming and I wish Paizo would partner with Wizkids to produce a full line, it is entirely true that Pazio has been excellent in their product support of Starfinder.

Us nerds love our stuff, so the fact that Paizo has hustled out so many Starfinder products in just one year is great. Plus, it is another indicator of the health of the product.

The hardcover releases of Starfinder have been great. Sure, cards and pawns are good and all, but they’d mean nothing without proper hardbacks. In just one year of release, lets list the hardcovers: 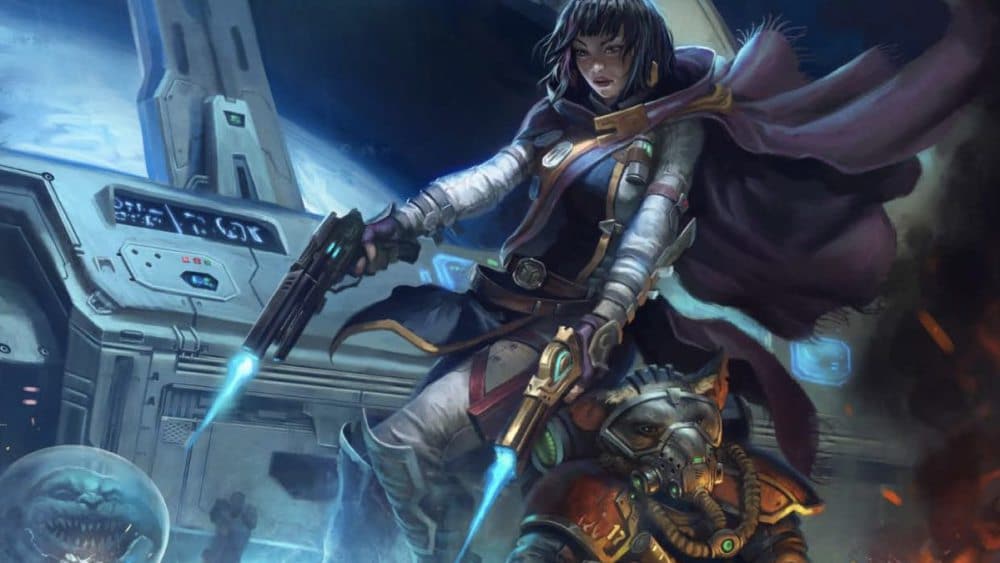 There are adventures as well. Paizo is best known for their Adventure Paths, which are serialized adventures for their games. The Dead Suns AP was the first out of the gate for Starfinder, and it featured 6 floppy books that played in sequence would take your little android from level 1 into the teens.

But Paizo is experimenting with the APs for Starfinder, meaning some will be shorter 3-volume adventures. Here is what is on the horizon:

While APs began as one book every two months, Paizo upped their Starfinder APs to a monthly release schedule. Again, things with Starfinder are good.

The Starfinder Roleplaying Game: The Year Ahead 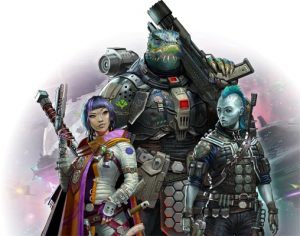 More hardcovers are coming as well. The Alien Archive 2 has been announced and will release in October 2018. More alien monsters and playable races is a good thing.

I also have some tips from little birdies as well as NDA protected information, so I need to be really shifty here. But two books of aliens hardly seems like enough, huh? Plus, at some point you’d expect Paizo to release more classes for the game, wouldn’t you? I’ve said too much!

So, the Starfinder roleplaying game is strong currently, plus has a fun pipeline of products for the years ahead.

It is further supported by a nice organized play scene, the Starfinder Society. I should know. I played Starfinder with a thousand other people at GenCon as part of their OP storyline and it was great fun. Nerds all around were happy.

But Organized Play is company support. The fans are building their own community as well. There are at least three fun Starfinder-centric podcasts–Androids and Aliens, Cosmic Crit, and Roll for Combat–for our nerdy ears.

And Nerds on Earth contributes to the Starfinder love. If you want to nerd out with us, join the Drift Facebook group or check out some of the adventures and encounters we’ve released here on the website for free.