It’s time for our weekly review of Gotham, written as a back and forth email exchange. This week’s episode of Gotham is “The Mask.” 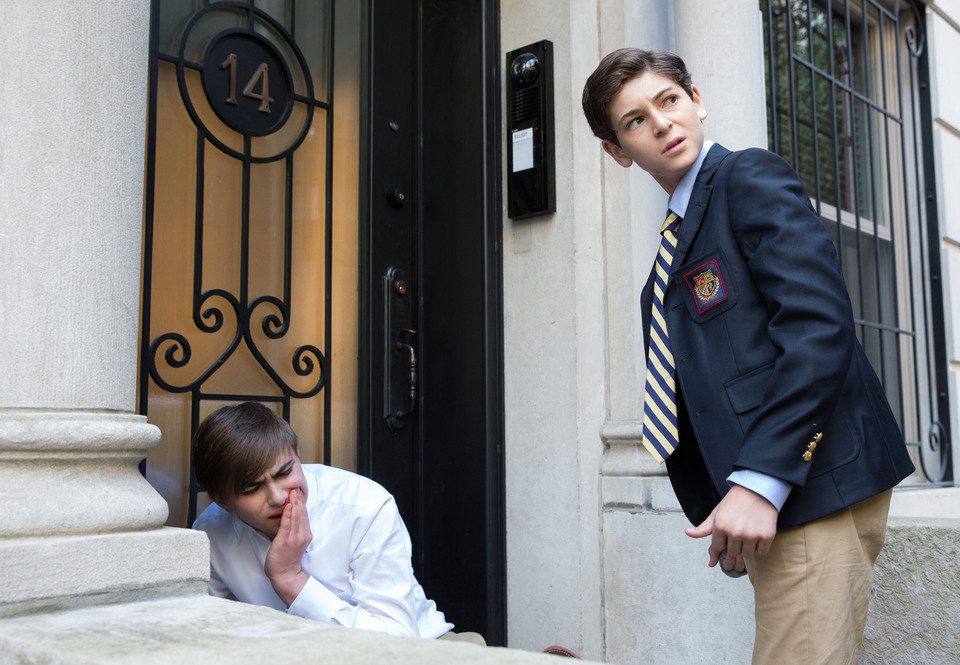 Clave,
So, this is quite an adventurous episode all the way around.
It was nice to see the crime move from the lower depths of Gotham up into the upper realms of high finance.  Because, corruption goes everywhere.

Here is a fun game: What would be your office supply of choice in a deathmatch?  I’d like to think that I would papercut people and and then rub hand sanitizer in it until they gave up.  That or give someone the task of finding the paper jammed in the copier.

What do you think of the gang movement stuff?  From the Penguin and Fish moment to the end scenes with the bad Fish backstory, it again felt like “Meh” to me.

Bruce going old school on that kid for the beat down? It makes Bruce more scary than I would like.  But the training is beginning with him and Alfred.  And it looks like he and Selina will be reunited next week, which could be interesting.

What did you think this week?
Jason

Jason,
No lie, I have a book on my office shelf that’s entitled Mini Weapons of Mass Destruction. The book shows how you can make crossbows out of paperclips, blowguns out of pens, a claymore mine out of a mousetrap, or a ping-pong zooka. My favorite is the trebuchet that uses a D battery as the counterweight.

Needless to say, you get in an office scuffle with me and you are bloodier than that kid that was teasing Bruce about his parent’s murder. Pow! Blam! Kaboom!

I like the Selina character and typically think her scenes are fun, and I agree that Bruce and Alfred training could be interesting. But I also agree that the return to the gang movement stuff is “meh.” (By the way, have you checked out meh.com? New startup by the old Woot guy, and it’s great.)

As a whole, I’m becoming only mildly interested in the show. Don’t get me wrong, I enjoy it and expect to continue watching it. But it certainly doesn’t feel like must see TV to me. I might need to start emailing you about The Flash.

Talk me off the ledge! If you can give me your TOP 5 GOTHAM STORYLINE PREDICTIONS, I’ll reconsider and move back into the Gotham neighborhood, perhaps buying a nice little brownstone near Arkham.
Clave

Clave,
I understand why you are on the ledge.  Because more and more, I am inching that way.  Here are some things to be worried about before I try and keep you on Team Gotham.

But here are my TOP 5 GOTHAM STORYLINE PREDICTIONS:

Jason,
If Harvey dies, I am jumping ship. If he goes vigilante, I am in for the long haul!

Well, until next week. Despite my lack of enthusiasm, I still have an interest in the show. Last week’s excellent episode was a good reminder of the potential here.
Clave