After last week’s episode of Agents of SHIELD, we go into this week wondering what happens to Skye now that everyone knows she is different. And do Morse and Mac get outed because of Hunter? [If you need to get up to speed on the show, you can check out this handy list of characters and this recap of the major storylines of the show thus far.]

This week’s episode revolves around two main plots and a small subplot.

Let’s start with the subplot. Mac has captured Hunter, handcuffing him to a bathroom sink. Morse tries to sell Coulson on the idea that Hunter has abandoned them, but Coulson seems to not be buying it.

The major plots: Skye’s dad has hacked SHIELD’s Gifted Index and is using it to put together the JV version of the Masters of Evil. The index is a list of people who have powers that SHIELD is helping or has helped in some way.

Cal’s – Sky’s dad – arrives with Wendall, the JV team’s recruited hacker, to recruit Karla Faye Gideon, who has her hands shackled. After Wendall cuts her free we see that she has Lee Press on Knives.  They then head out, along with Francis Noche, who we later learn is strong due to chemicals.

Cal rounds out the group after freeing Angar, a supervillain whose sonic yell knocks people out. The sonic yell also knocks birds out of the air, which was a nice touch. The villainous posse then travel to Wisconsin and bait Agent Coulson to come there for a confrontation. 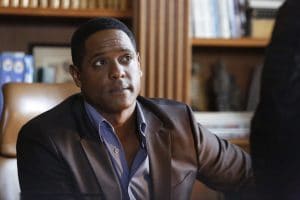 Meanwhile, Coulson and crew are trying to figure out Skye.  May suggests they get Andrew, who we learn is her ex-husband.  A lot of the comedic beats of this episode come from people speculating about their relationship. Andrew is a therapist and comes to interview Skye, which happens when people get put on the Index.

Skye tries to deflect it all before finally starting to be honest.  Andrew agreed to do the work for SHIELD only on the basis that he is there to help Skye, not SHIELD.  And it appears he is, until she falls asleep and in a nightmare almost shakes the plane apart.  But that is about the time they discover that they need to go to Wisconsin.

Coulson shows up for the showdown with Cal’s gang, which is happening at the high school where his dad coached, until he died when Coulson was 7.  SHIELD tries to fake that they will harm Skye, but her dad doesn’t buy it, and he instead rants about how SHIELD treats people on the Index. 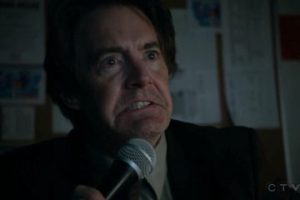 Just as the battle is starting, the eyeless teleporting Inhuman shows up and ‘ports Skye’s dad away, leaving everyone shocked.  In the midst of the battle, you wind up with the fight breaking into duos. May fights the superstrong Noche. Morse takes down Lee Press on Knives and Coulson takes out Angar–and because he is the director–Wendell as well.

But they eventually figure out that the “control” Skye is developing over her powers is really her turning those powers in on herself, fracturing her own bones.

When Skye wakes up, Andrew tells May that he is recommending that Skye leave SHIELD. May says that the SHIELD family is all that she has, and is exactly what she needs to help her.  Coulson and Simmons are talking about they need a new category for the index, not people that are artificially enhanced like Angar, but people like Skye, who had the power inside of them all along. 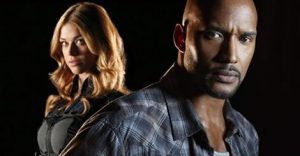 The last two scenes wrap up the episode. First, we see Mac and Morse confess that they work for SHIELD. The “real” SHIELD and Edward James Olmos looks to be large and in charge of that group. (It was everything I could do not to be all “So say we all!”)  And Skye’s dad is reprimanding the blind teleporter about how they were supposed to help Skye but he is eventually sent to meet with whoever is in charge.