By Ross Hardy On Dec 19, 2015 Last updated May 31, 2018
Share TwitterReddItPinterestFacebookEmailPrint

By now, you’ve probably seen at least a little of Marvel’s Jessica Jones, enough to know that the success of the previous Netflix-exclusive offering, Daredevil, wasn’t a fluke.

Part of that, I think, has to do with their cautious approach. The casts were small. The stakes were clearly defined. The shows take it slow, letting each character grow on their own. They carve out their own little chunk of the Marvel Universe, and as they continue, we’ll get to see more fan-favorite characters on the small screen.

We already know Frank Castle and Elektra will be showing up in Daredevil’s second season. Here are some more characters that might make an impact in Marvel’s Netflix lineup.

Characters Marvel Should Bring to Netflix 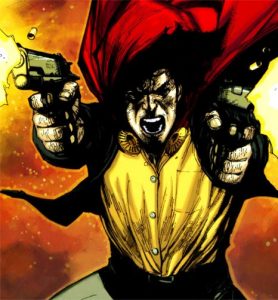 It shouldn’t be surprising that the best villains in the Marvel Cinematic have shown up on Netflix. The combination of long-form storytelling with a more adult aesthetic means it’s possible to spend hours developing characters like Kingpin and Kilgrave into fully-realized, terrifying monsters.

So why not make an entire show about one?

The Hood’s origin is about as straightforward as any comic book character’s; street criminal finds magic levitation boots and invisibility cloak, becomes a slightly more dangerous street criminal before attempting to organize all of New York’s supervillains into one crime family.

The original miniseries was gritty and entertaining, and the Hood would be an excellent opportunity to get a more detailed look at the criminal side of the Marvel Cinematic Universe beyond the backroom mob dealings we saw in Daredevil.

Plus, the world of magic is still largely uncharted within the MCU; this will change with the upcoming Doctor Strange movie, but a Hood show would be an excellent opportunity to explore those mystical corners more thoroughly. 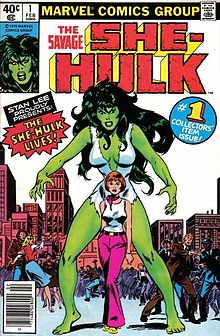 She-Hulk is what you’d get if you combined Jessica Jones and Matt Murdock, then made her green and eight feet tall.

A She-Hulk show would be more fun and lighthearted than some of the other Netflix offerings, which, honestly, we probably need. Having a character who revels in her powers and tries to have a good time would be a nice change from the emotional trauma of Daredevil and Jessica Jones, and her position as a lawyer for the superhero community would be a great way to work in some cameos and give us more detail on the day-to-day difficulties in living in a world where aliens and robots regularly terrorize people.

Dan Slott’s run on the character in the early ’00s had plenty of goofy, single-issue stories, which would make for a great legal dramedy. If there’s a problem with a She-Hulk show, it’s that it doesn’t take advantage of Netflix’s greatest strength, which lies in the ability to tell a single story over several episodes; a “case of the week” legal dramedy doesn’t get the most out of that format. 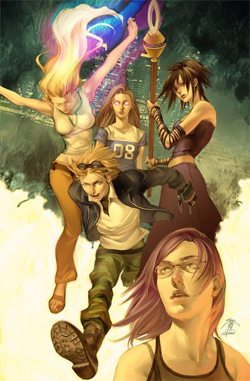 Ever wonder why no Marvel stories take place on the West Coast? Turns out, it’s because all superhuman crime in that region is tightly controlled by a group called “The Pride.” Runaways was the story of their kids.

It still seems like kind of an an anomaly, even today. It was part of that weird period in the early ’00s where all of Marvel’s comics had kind of a manga vibe to them, and early on in the series, there was virtually no interaction with the wider Marvel Universe. But that’s exactly what would make a Runaways show so great.

That part of country is completely unexplored in the MCU; a show about these kids (some of whom have powers–the guy who doesn’t have powers has a dinosaur) would be a chance to get out of NYC and see what the rest of the world is like.

Plus, with the exception of The Avengers, we haven’t had a chance to see a good ensemble cast–a show like Runaways, with its 13-or-so hours of screen time, would be able to devote plenty of time to fully establishing each of the characters (one of whom, I want to reiterate, has a pet dinosaur).

4. Misty Knight & Colleen Wing: The Daughters of the Dragon

Now, I’m going to go ahead and call it here–Misty Knight and Colleen Wing are probably going to show up in Luke Cage. If not, they’ll almost certainly appear in Iron Fist. Those characters all have a well-established history with each other, and you can bet Kevin Feige knows it.

That said, if these two aren’t on the small screen by 2017, Marvel’s leaving money on the table. “A cybernetically-enhanced private eye teams up with a samurai warrior to fight crime” has been the only entry in my dream journal for the past eight years, and the connection with Luke Cage and Iron Fist just adds more storytelling potential (Misty and Iron Fist can go to K’un L’un together! Colleen can fight Hand ninjas!).

Then, of course, there’s the cynical option: a show with two minority female leads would be an enormous PR victory for Marvel. If they don’t want to make a Black Widow movie, a Daughters of the Dragon show would be a more than adequate replacement. 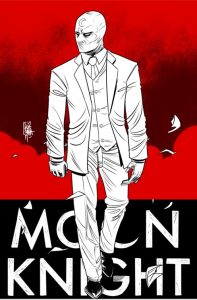 Warren Ellis’ recent run (and later, Brian Wood) with Marc Spector, the Moon Knight, proved two things beyond a shadow of a doubt. One, Moon Knight is crazy. Two, he looks great in a suit.

Daredevil might have been the MCU’s first foray into the well-established “vigilante jumps off of roofs and punches people” genre, but a Moon Knight show, in which a violently insane man in a white suit throws sharpened moons at people, would have plenty of its own style.

The biggest challenge here, I think, would be in trying to sell audiences on the background of the character; after all, Moon Knight doesn’t have the kind of name recognition of Thor or Iron Man. On the other hand, “former mercenary brought back to life by Egyptian god so he can throw sharpened moons at people (while being violently insane)” is way more straightforward than a movie about a tree and a talking raccoon, so maybe we’ll see a Moon Knight show after all. 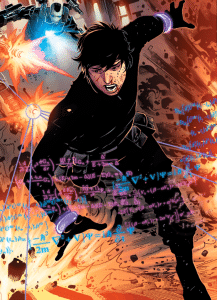 Fellow Nerds on Earth contributor Jason recently reminded me that Amadeus Cho existed, and now I can’t stop thinking about him.

Shows like Sherlock, House, and The Big Bang Theory have proven that Americans just straight-up can’t get enough of insufferable know-it-alls, and Amadeus Cho would be only the more insufferable because he’s still a teenager.

A show about the seventh-smartest kid on Earth could go in a lot of directions. Do you have Cho dealing with the Marvel gods, like he did when he traveled with Hercules? Is he a fugitive of justice, hunted by S.H.I.E.L.D.? A gamma-enhanced genius, like the recent comics? We may not have to wait too long to find out, as his mother appeared in Avengers: Age of Ultron. 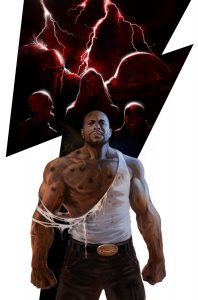 Much like the Hood, a show about the Thunderbolts would focus on the villains. There are a couple of interesting directions a Thunderbolts show could take.

Would it follow the original route, in which supervillains pretended to be heroes? The government sanctioned black-ops team composed of captured criminals? The assassins and killers that eventually became the Dark Avengers?

A Thunderbolts show would be a good way to incorporate not only some of the lesser-utilized villains (if a guy like Boomerang can be made compelling in Superior Foes of Spider-Man, anyone can), but also provide some interesting team-up opportunities.

Punisher, Elektra, and Luke Cage (to name a few) have all been members of the team at different points, so a Thunderbolts show could tie together arcs, characters, and plots from the other Netflix offerings in much the same way The Defenders is aiming to.

7 Eclectic Sources to Get Your Star Wars Fix

Recap and Review of She-Hulk: Attorney at Law, S1E3: The People vs. Emil Blonsky