7 Eclectic Sources to Get Your Star Wars Fix

Many of us are on a little Star wars high right now. When I’m at the grocery store, my mind is on Jakku. I can’t get enough.

If you can’t get enough and you are looking for some spoiler free eclectic reading, then here are 7 places to get your Star Wars fix. Again, this is spoiler free, so these articles aren’t related to The Force Awakens.

Get Your Star Wars Fix 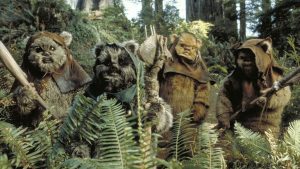 A lot of nerds complained that Ewoks were nothing more than cuddly little teddy bears, inserted in Return of the Jedi as a cynical commercial ploy to sell more toys.

But what if Ewoks were a vicious guerrilla counter-insurgency against which the Empire never stood a chance. Want to learn more? Click here.

Price of the Death Star: Just How Much Did That Explosion Cost?

It’s clear that the Empire likes big weapons that are designed to strike terror into galactic citizens. But just how much do those big weapons cost?

Get your accounting slide rule out, because you’ll be surprised at the price tag associated with building a Death Star. Click here.

Star Wars is all about the hero’s journey. But what if the focal hero changes?

The prequels changed a lot of things when they burst unto the galactic scene, but how did they upend who the viewers were rooting for? Finally, what does this mean for the new movies? Click here. 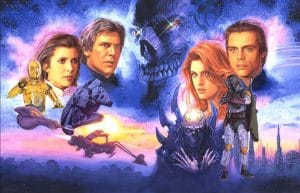 Most folks are aware that there are decades worth of comics, books, video games, and more that further flesh out the Star Wars galaxy beyond what is seen in the films.

The lightsaber is a unique weapon best utilized by powerful Jedi. With an uni-directional blade and the weight in the hilt, no common nerd herder should try their hand at it.

But we have your back if you really want to be a Jedi and offer a great instructional guide on how to use a lightsaber. Click here. [Bonus: 7 Ways to Fight With a Lightsaber and How to Spin a Lightsaber Like Mace Windu] 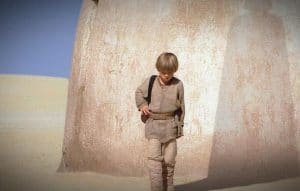 Sure, there is fairly broad agreement that The Phantom Menace was a stinker of a movie. While many like the pod races, most people don’t like much more about the movies.

But what if skipping The Phantom Menace makes the overall story better? We give the reasons why. Click here.

And last – but certainly not least – we examine the famous scene from Empire Strikes Back where our band of plunky rebels are running from Stormtroopers.

But what military urban combat techniques were utilized to escape? And where did they need to rely on a lucky luck, courtesy of the force? We break it down. Click here.

There you have it: 7 ways to get your Star Wars fix, none of which spoil The Force Awakens.