[divider] What old school video games did you play? [/divider]

Jason (Co-founder of Nerds on Earth and Old School Play Caller): This week we are going to talk about what we are calling Old School Video Games. And I have to be honest, when I geek out about how I have Pac Man Fever, it is going to out me on how old I am and what is old school to me. Clave, what do you remember as your first video game?

Clave (Co-founder of Nerds on Earth Who Still Plays His NES): Well, I was glued to arcade cabinets in the early 80s and by the mid 80s I was writing my own text-based adventures. But when I think about my first video games my thoughts always go to the best video game system of all time: the 8-bit Nintendo Entertainment system.

Jason: The Nintendo was iconic. I mean, sure, I had missed the bus a few times playing Pac Man and watching Inspector Gadget. (How the poor kids in my neighborhood managed to get 2 televisions in one room is a Nobel Prize worthy act.)

But I will never forget the Nintendo. Mine was a gift from a family member and along with Mario Brothers and Duck Hunt, it had the track and field set, with the pad. Tell me you know the joys of the Track and Field pad!

Clave: I’ll have you know that I sold my GI Joes to buy my NES, and the money I earned got my the full Mario/Duck Hunt/Track and Field trifecta. Running those hurdles were no joke though.

Jason: Two things: Tell me you didn’t sell Snake Eyes. And I was a fat kid. I pounded on that mat with my hands, which, explains A LOT about me today. 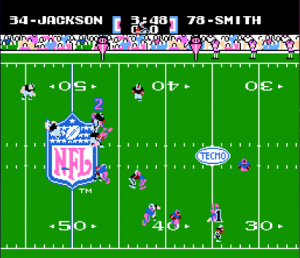 Clave: There’s no way I could list all the great games for that system. But between Zelda, Metroid, Mega Man, Castlevania, Super Contra, and rushing for touchdowns with Bo Jackson in Super Techmo Bowl, the NES solidified my pathway to being a life-long nerd.

Jason: Yes. I mean, I know that there are amazing games put out today but that list right there is pretty stellar in an all time sense. (And I was Christian Okoye man, though I have no idea why.)

And who taught you the contra code?

Nash (Prefers 16 Bits): I have to say I kinda hated that I got stuffed into the “old school” group because I don’t want to admit I am getting old. But now that I see that we are on the same page with old school games I am delighted to be here!

My brother and I were given the NES for X-mas and it was glorious! Mario Bros, Duck Hunt…and Tetris for the parents.

Tetris is the ultimate Dad game. it is fitting things into a box…camp much?

Clave: But you were primarily a Super NES guy, right Nash?

Jason: I have to say, we haven’t talked about what might be the nerdiest of video games: the original Teenage Mutant Ninja Turtle side scroller. That game was epic.

Nash: I never owned a Super NES. We had to decide between that or Sega…and Sega got us with it’s 16 bits.

Clave: I have to admit that I never owned a Sega. I jumped from NES to the Playstation 1 and early computer LAN games like Doom and Diablo 1. 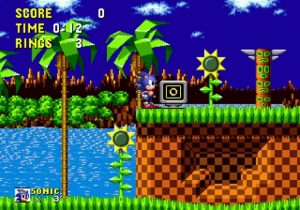 Jason: Yes. In college, because my roommates and friends didn’t understand offense I ran a triple option audibled into a half back pass in NCAA football on Sega and won many, many games and got in many, many fights

Sega was awesome because it was the first one where you could change rosters in sports games and save them. Game changer when all you want to do is play with Dream Teams.

Nash: That was like on Troy Aikman football for Sega…you could get the ball run to the opposite end zone and as the players would line up to chase you, you could just run a big loop around them for the TD… many a wins, many a fight.

We also had NHL 96 for Sega which is where my brother, a chubby Puerto Rican/Mexican, developed his love for hockey. And ye we stacked our team everytime!

Clave: This is a nerd site. Can we please stop talking about the Sports Ball? I want to go back to how amazing Legend of Zelda was.

Nash: Ok, but can we also talk about how epicly lame the sequel game Link was?

Jason: Man, for a long time, the only video games that I played were sports games. The one that brought me back? Halo. Master Chief.

Clave: Serious question: Besides graphics, how were games different back then?

Jason: One way that games were different: controllers. When Sega had 3 buttons, I was all “This is ridiculous.” Little did I know.

When I play Halo online with @schmadkins we have this conversation: “Which button?” “The X one” “Which X?” Sheesh!

Nash: Which X is exactly why I don’t game anymore. lol

Clave: Good point. Designers had to create games differently when there were fewer buttons. You shot or you jumped.

Nash: Games were also very cartoony and animated back then and it was fun. Games now are amazingly realistic and intricate.

Jason: It limited your options but in some ways, it made for better puzzles.

Jason: Except for the worst game of all time: Atari’s ET.

Nash: No way, the dolphin one for Sega. 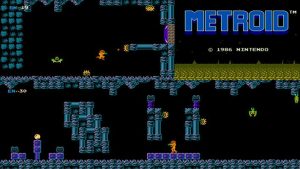 Clave: Someone was telling me the other day that the reason that newer games are so much better in their opinion is because there is more storytelling in newer games. There is certainly is some truth in that. But do you remember how big a deal it was when it was revealed that the hero from Metroid was a girl? Story elements were already working their way into NES games.

Jason: Definitely. Nowadays, story is the prime part of any video game.

Nash: Sidenote: ok, so in college we had a huge bathroom and we put a little tv in there with our NES we dusted off. We had a continuous game of Zelda always going so whoever was doing business could pick up where the last guy left off. Wasn’t the most sanitary gaming situation, but it was pretty epic.

Nash: I actually liked that Zelda is the cool story that you sort of fill in the blanks. That was the only real story based game I played A LOT of.

Nash: You had plot, but the game didn’t tell you the complete story, originally. It did later, which was fine. But I had my own complete story going on during my NES years.

We had Madden leagues in college
I suddenly feel young again. lol

Jason: Okay guys, I have to get back to my work through of all the Halo games on Xbox one. And miss the old days and the golden era of video games!

Clave: I have my NES hooked up with a newly replaced 72-pin connector. Come over any time.

Personality Types: When You Resonate With A Comic Character