In the Claremont era of the X-men Universe, one of the things that happened is that you saw other creators (and sometimes Claremont himself) spin off characters to tell more interesting stories with those characters. Here is a quick rundown of some of the best X-Men miniseries from that area.

X-men versus the Avengers. (1987) This series is tough to run down, thanks to the 2012 mega-event dealing with both of these same teams. But this collected version is easy enough to secure copies of.

It features Magneto, who had been playing with the X-Men as the New Mutants’ headmaster per Professor X’s request. He suddenly wants to wipe out all prejudice against mutants using a part of his fallen Asteroid M. It also features the vastly underrated Soviet Super-Soldiers.

The end is a bit of a mess, as creators changed, with rumors suggesting Marvel not wanting to allow the original end, which was Magneto going full super-bad again. 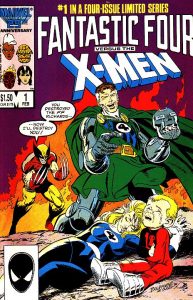 Fantastic Four Versus the X-men (1987) is built on the wounded Shadowcat (Kitty Pryde) needing help from Reed Richards to recover from her Mutant Massacre injuries. When Richards refuses to help due to a crisis of his own moral convictions, the miniseries lives up to its title. It also is one of the first connections of Franklin Richards to the mutant world and Doctor Doom shows up, because he is always around.

Available on the Marvel Unlimited app.

But the title worked, so nothing else mattered, I guess. It does have an interesting insight into celebrity culture before that become the thing it would be society-wide later. Sadly, it isn’t easily available in digital form or collected edition but you can track down copies via online stores or your local comic book shop or look for this collected edition that is out of print.

Nightcrawler (1985-86) Dave Cockrum was one of the original creators of the All-New X-men and is given a ton of credit for the creation of Kurt Wagner, aka Nightcrawler.

In this series, we see the swashbuckling nature of Nightcrawler that sometimes gets lost in the more modern stories. It has some pretty interesting ideas and some cute parallels, but there isn’t major character development in any way. A fun story to check out though, especially if you like swashbuckling Kurt!

The individual issues are available on Comixology but there appears to be no collected edition. 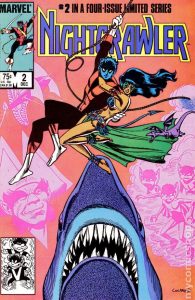 Magik (1983-84)  Illyana Rasputin was once just Colossus’ normal little sister. But when her powers manifested and she could move between dimensions, she suddenly was in the strange new world of Limbo, where she ages (Time ALWAYS works different in other dimensions), becomes a sorceress and becomes a much darker character before returning and becoming a staple of the New Mutants comics for years to come.

This limited series by Chris Claremont and John Buscema is available on the Marvel Unlimited app or via Kindle and definitely worth checking out.

Firestar (1986). Angelica Jones was originally a character that showed up in the Spider-Man and his Amazing Friends. She was the fire version of her opposite, Iceman. Recognizing that she need a backstory, Marvel put together this mini-series that is pretty pedestrian: Angelica discovers her mutant powers and gets involved in a tug of war between Professor X and the White Queen.

It is available on the Marvel Unlimited app and sets the stage for a character that has been used in many contexts since. 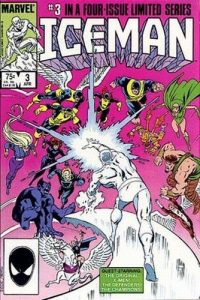 Iceman (1984). So, I know this mini-series exists, probably fueled by his presence on the Spider-Man and His Amazing Friends television show. But I can’t seem to run down any copies of this series, which sadly isn’t available on digital form or a collected trade. My guess? It may cover the time from when Bobby left the Champions of LA and came back to be on X-Factor. Maybe.

There you have it, some of the best X-Men miniseries from the 80s.