By Jason Sansbury On May 25, 2016 Last updated May 23, 2016
Share TwitterReddItPinterestFacebookEmailPrint

First off, there are going to be spoilers for Captain America: Civil War out the wazoo in this. If you haven’t gone and seen it in theaters, don’t let this ruin for you what looks to be the blockbuster movie of the summer of 2016.

So, this is a mix of questions, ideas, and wild speculation about what is next for Marvel after Captain America: Civil War.

They (maybe) blew the prison break scene. When Ant-Man, Hawkeye, Falcon and Scarlet Witch are all imprisoned, we see Steve Rogers come out of the shadows as General Ross is calling Iron Man.

And, to keep it real, this should have been the scene that merged the Marvel movie, Marvel Netflix and Agents of Shield Universes. There is, undoubtedly, a massive dilemma in trying to sync up all of those things, especially with Netflix’s “Here is the whole season” model.

The last thing you want to do is have to put a timeline at the beginning of the episode/movie/etc. But the prison break felt like it could have been a thing that just happens at an unspecified point in time: they just get busted out at some point before the next Marvel movie.

The idea of Phil Coulson piloting a Quinjet alongside Sharon Carter, as Daisy shakes the ocean and they drop Luke Cage out of it like a cannonball, followed by Jessica Jones just knocking in prison guards heads while Daredevil gets into another fierce hallway fight with a real villain they accidently released? Mack and Luke Cage banter! Make mine Marvel! 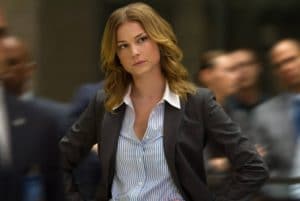 Agents of Shield had the weird flashforward where Coulson isn’t the director of Shield anymore. A surprising candidate for the new director: Agent 13, Sharon Carter. The actress used to do exclusively television and the new director would have to be someone that Coulson would trust. It would be an interesting choice.

The Black Panther movie can’t be about the Winter Soldier. I know the temptation is to take that end credit scene and start writing the movie from there. I just think that it would be doing a disservice to the character and the potential.

Straight up, all you need to do is look at the #BlackPanthersoLit on twitter to see that the African American nerd community is ready to see a movie that isn’t reliant on all the white heroes. I definitely agree and want this to be a stellar story. (Wild theory: all these black male actors that they are casting could all be Black Panthers, all from different periods of time. Time travel would be risky but I kind of love that idea. Each a Panther but each very different in some ways.). 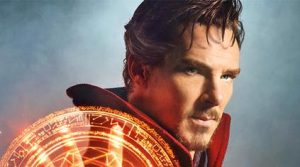 Where does Doctor Strange fit? He is the new piece that they are placing on the table all by himself and I am not sure how or when he will come into the large MCU. Cumberbatch looks like he will do stellar work on the character but there is no telling how this will work.

Doctor Strange was, for most of his comic book life, this wierdo side project that creators would love greatly but could never get his stories to sell. It is going to be interesting to see how they merge him with the MCU, and how they’ll introduce magic to the movies.

Spiderman. It is going to be bonkers. I love the casting, the style, the jokes. For the first time, they seem to really be nailing the essence of teenage Peter Parker. (I still wish they had gone full on Miles Morales but I will live.)

Some reasons that I think this:

I just think that the return of Captain America could happen in one of the Infinity movies when Ironman hits bottom and someone has to lead. 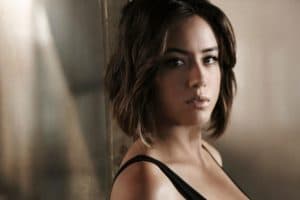 Agents of Shield. So, the shift to 10 PM worries me. It is a comic book show that kids can’t watch now. I am not sure that I am on board with a season of a new director, Daisy on the run, and all that they foretold. They certainly could undo all of that very quickly but it seems unlikely.

I wish that the Hunter/Morse show had made it because I think it would have added some creative tension that I am worried the show really needs. I hope I am wrong but this could be the last season of Shield, and that makes me sad.

RIP Peggy Carter. Your brilliant two seasons deserved far more eyeballs and love than they ever got and I am sad to see you go.

What about you? What ideas did you have coming out of Captain America: Civil War and the end of this season of Agents of SHIELD?