When we last left the heroes of the Glass Cannon Podcast: they bested a couple of manticores, discovered that Grenseldek is a spurned bride-to-be, and learned the name of The Storm Tyrant…Volstus.

Now on to Episode 66 – The Wedding Slashers!

Drawn by the sounds of muffled sobs, the adventurers finally confront the alleged mastermind behind the attack on Trunau:  Grenseldek! 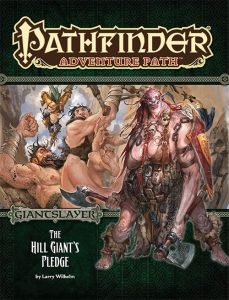