Growing up, I just assumed that everyone deep down wanted to be a better person and took steps to try and improve themselves. As I’ve gotten older I’ve unfortunately come to doubt that assumption. Now I’m wondering if some people are content to simply stay where they are, as they seem to express no desire to strive for higher ideals.

Not so with Thor.

Thor’s very existence is driven by a desire to be worthy. Aye, Thor has a hero’s heart through and through. 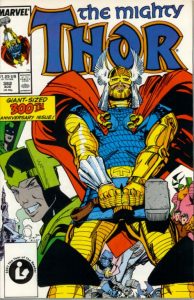 Let’s dissect that hero’s heart of Thor, cut it open, and see what it’s made of. Because I think the ethics and virtue of Thor can have something to teach us, should we be willing to take it to our own heart.

I’ve written about the first two before, using Captain America and Iron Man as their avatars. Tony Stark is a utilitarian. He tries to weight the consequences of various actions in order to determine the best action to take. Captain America leans on his principles in order to do what he thinks is right.

Even though Cap and Tony are really different in their ethics, utilitarianism and deontology have something big in common: their focus is on action, specifically the action of determining the ethical thing to do in a given situation. 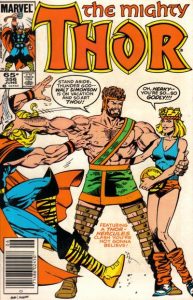 But the 3rd ethical framework–virtue ethics–focuses on the person instead of on action. It’s a framework that wonders if the person is even worthy (are they virtuous enough) to make the decision to begin with.

Virtue ethics emphasizes enduring character traits that good–virtuous–people possess. Examples of these virtuous traits are honesty, courage, and resolve, the hallmarks of a hero like Thor.

The Odinson lives by a code of honor. He doesn’t fret the positive and negative consequences like Tony Stark does, but rather lets his instincts guide him to the right action. In this way Thor resembles Cap, in that they both are looking to do the “right thing.” However, they do things for very different reasons: Cap does the right thing because it represents his duties or principles, but Thor because it represents his character, who he is, the person he is trying to exemplify, to become.

We know this because the comics (and Norse mythology) remind us that Thor is worthy of Mjolnir.

In order to dig a little deeper into the virtue ethics that define Thor, we need to look to religion. The idea of becoming a better, more virtuous person is something that is common among religions, even if the knock on religions is that adherents don’t always live up to those ideals.

The concepts of “divinity” and “the sacred” in monotheistic religions (we’ll particularly focus on Christianity for this example) are thought to be worlds apart. The sacred and the profane are typically thought to form a pair of mutually exclusive, black-and-white, dualistic opposites that never, ever intersect or overlap: God vs. the world, spirit vs. matter, the soul vs. the body, good vs. evil, etc.

This is significant in that it allows for a basis for morality in monotheistic religions, which consists of a single set of laws that people are expected to follow. Why? Because there’s only one God, he is sacred, and he has given us a few instructions for being good. Don’t lie, don’t steal, don’t kill, love your neighbor, and have a fruitful life of peace, mercy, self-control, patience, and generosity. That sort of thing. 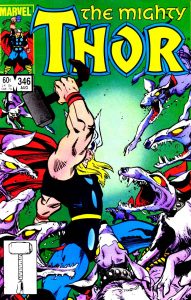 An individual who makes their decisions based upon virtue ethics is always asking themselves if they are worthy of these high ideals, if they are good people who are actually becoming more virtuous.

In the comics, Thor once dressed down Tony, criticizing his actions. Thor’s rationale was that a good person doesn’t act against the basic concepts of camaraderie, loyalty, integrity, respect, trust, and friendship. Instead, good people embody these virtues, and they should be an essential, core part of their character, so that they might manifest themselves in their decision, intentions, and actions.

Thor subscribes to the Michael Jackson school of ethics. If you want to make a change, if you want to be worthy, you need to first take a look at the Asgardian in the mirror. But virtue ethics aren’t some Ayn Rand hyper-indivialistic worldview that is solely intent on the betterment of self, often at the disregard of others. No, Thor has always held court with the community around him. Although he’s often portrayed at odds with Odin, Thor values input from others.

Polytheism offers a radically different view of divinity and the relationship between divinity and the world. For a polytheist, gods and goddesses are the animating forces of this world. Everything in the physical world – wind, sunlight, trees, goats, lightning – is a manifestation of some god or goddess or other invisible, divine being. These concrete manifestations may be profane, but they all point back to their sacred wellsprings.

These same tendencies play out in the realm of ethics as well. Whereas monotheistic morality might be a static 10 commandments, polytheism offers a dynamic and pluralistic framework within which many different value systems can readily coexist side by side.

To be clear, this is not the “anything goes” attitude of moral relativism, the inversion or denial of the Judeo-Christian perspective of an absolute, universal morality. In traditional Germanic society (Norse), a person who occupied a particular social role and was a devotee of that role’s corresponding god or goddess could rightly be held to the appropriate standard of conduct. They’d have to first look at the Asgardian in the mirror, in other words.

To give a few examples, many Viking Age men looked to the gods Tyr, Thor, or Freyr as their object of devotion. 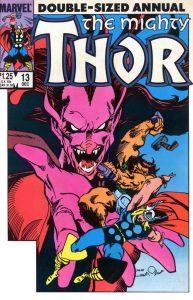 As a result, the indigenous Norse worldview had a healthy appreciation for what we today would call “moral ambiguity” – the recognition that one’s values often conflict with each other, and that one often finds oneself in situations where one is forced to sacrifice a cherished value in favor of another (which is true for Captain America and Iron Man as well, even as they would process it differently).

Thor acts the way for the sake of these virtues, rather than out of the expectation of good consequences or respect for duty or principle. A virtue ethicist like Thor would seek to be the best person he could be, so that he’s readied himself for those tough morally ambiguous decisions when they come. The thinking goes that even as you can’t control the ethics of those around you, you can at least take charge of your own. Thor simply strives to be a good person, a virtuous, worthy person.

Listen, I’m not telling you to worship Thor comic books, although that’s not a bad idea if they are the ones created by Walt Simonson. All I’m saying is that even as Thor is looking at the Asgardian in the mirror, hoping to become a better person, perhaps we could do likewise and take a look in the mirror ourselves. What’s the worst that could happen?