When we last saw (or heard about…?) our heroes:

Lorc and Beary Connick Jr are down.  Della, Baron, and Ingrahild are embroiled in a fierce battle with the fallen General Kargukk’s entourage in an attempt to save the lives of their party members as well as those of Umlow and Droja.  And Gelabrous has left the party behind to try and release the dammed up waters upon the orc army below…only to find himself in a combat of his own…under water.

Will Episode 70 – Gar and Away – be the TPK the boys have long joked about?

With the party split and all lives hanging in the balance, the final battle for Redlake Fort reaches its dramatic conclusion! 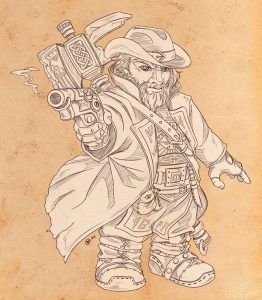