Loyalty.  Strength.  Duty.  Baron, Umlo, and Ingrahild speak these words aloud and the door to the tomb of Nargrym Steelhand, the Giantslayer – the very namesake of this adventure path – opens…and then we get “And we’ll see you next week.”

Curse you, Troy, and your expertise at breaking off each episode in such a place that leaves the players anxious for the next session and us listeners yearning for the next week to pass quickly!

With the help of the dwarves, the heroes have breached the final resting place of Nargrym Steelhand.  While in awe of the majesty of the sepulcher, they soon discover that not all is what it should be in the tomb of the famed giantslayer. 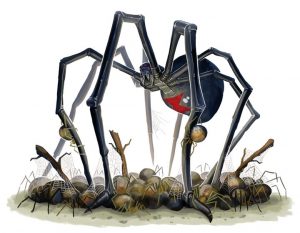