What treasures Nargrym’s tomb holds for our heroes of the Glass Cannon Podcast?

Find out today in Episode 77 – Spear and Loathing in Lost Places.

The final showdown with Lokmorr The Betrayer reaches its deadly conclusion! 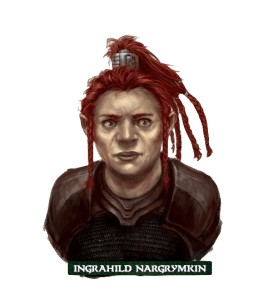