In interviews, the D&D team have repeatedly said that if you want to know where D&D is going, you have to pay attention to where it’s been. Time and again, Chris Perkins, Mike Mearls, and Jeremy Crawford have gone of record to say two things:

With that in mind, let’s add a leg of toad and wing of bat to the ‘ole witch’s brew to cast a scrying spell that will allow us to take a peek at future D&D products. But easy there, Kenny Rogers. Let’s be for real here. We’re only speculating here, so we won’t be able take even odds on these gambles. Still, the D&D team has confirmed that looking for hints in current books is a pretty good bet.

Volo’s Guide to Monsters is chock full of hints indications, insinuations, intimations, innuendo, and indicators, so it’s the book we’ll focus on and you should read this if you aren’t familiar with Volo’s Guide. 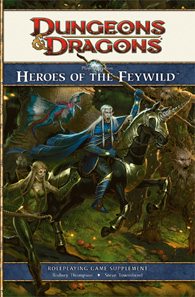 The lore section of Volo’s Guide covers monsters in depth, which is a strong indicator that they are being prepared for future storylines.

Some monster lore might be reactive rather than predictive. Mind Flayers, for example, are spotlighted in Volo’s Guide. But rather than point to a future product, their inclusion may be nothing more than adding further depth to Out of the Abyss, an adventure that has already been released.

WotC has been clear that they want their product line to have an evergreen shelf life, so it’s only logical that they aren’t thinking of the products in a linear fashion, and instead are thinking of them of a grander, inter-connected storyline. Hence, some current and future content will actually serve to support past product, adding depth to all.

I suspect that both Mind Flayers and Giants received deeper lore in Volo’s Guide solely to support Out of the Abyss and Storm King’s Thunder, respectively.

The new character races may be the most tantalizing clues of all. The new tabaxi race slid in a mention that they hail from Maztica, a far away region in the Forgotten Realms, but one that has played a role in D&D editions past. Further, the yuan-ti could factor in prominently in a future storyline set in Maztica (and potentially the dinosaurs that are featured in the bestiary section).

Having a 2017 or 2018 adventure adventure feature Maztica would be an excellent way to add a new, distinct flavor, yet not remove D&D from its current Forgotten Realms setting. If jaguar people would also have been included in Volo’s guide, I would have called it a near certainly. Even with the clues as is, I figure it’s more certain than not, even if Mazica hasn’t received a ton of buzz in recent years.

The tritons hold clues to a future pirate-themed D&D story. Why else introduce tritons if there was no intention of a future d&d storyline being heavily water-based? With the inclusion of sea spawn, deep scion, and kraken references heavily throughout Volo’s Guide, the evidence mounts up up like Willimet Keswick mounting his trusty steed, Lexington.

My guess is that Chris Perkins brings in some of his old ideas from Iomandra, reshaping them to fit the Moonshae Isles of the Forgotten Realms. Iomandra is a watery world sprinkled with islands. Trade routes ruled by sea captains connect the islands, but countless more have yet to be explored. And, of course, beneath the sea lies the remnants of ancient, sunken empires and the treasures of the ages. Mr. Perkins has wrote extensively about Iomandra in his popular (and brilliant) DM Experience column. Perhaps the tritons of Volo’s Guide are the next thread of evidence that a future D&D storyline will take to the high seas!

There are some reaches as well. There are a couple Spelljammer mentions. One, in particular, is a discussions of Mind Flyer ships that go back to the old Spelljammer boxed set days. With Paizo releasing Starfinder in 2017, could there be a D&D product that takes to the stars as well? Boy, wouldn’t that be something.

To summarize, there were strong clues in Volo’s Guide that a future D&D story will feature orcs, high seas adventures, and fey. Likewise, there are clues that maybe a far corner of the Forgotten Realms like Maztica will be visited. And if we want t go out on a limb, perhaps Spelljammer will get look some time in 2017 or 2018.

Regardless, it’s fun to speculate. D&D 5e has already given us some great adventures. It seems certain that books like Volo’s Guide to Monsters is priming us for more to come.

You can buy Volo’s guide here for a nice price.