Before Troy’s trademarked “See you next week” in episode 79, he described an infant’s cry and a cottage being bombarded by boulders.  Get to the bottom of the assault in Episode 80: Mighty Orphan Power Rangers.

Drawn by the cries of a frightened infant, the adventurers come across the shattered remains of a farmhouse – but they are not alone. 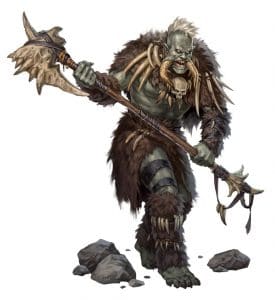