Nerd Culture Highlights for the Week of January 15, 2017

1.  My friends, this looks sooooo good…

2. A second trailer released this week.

The trailer for the Power Rangers movie released this week as well. I was in a theater when a preview trailer popped up. It elicited immediately laughter from the audience, despite the fact that it wasn’t trying to be funny. So, it seems like we’ll have to wait and see how the Power Rangers movie will be received. Judge for yourself. Here’s the official trailer:

3. There was even a trailer for a television show this week.

Say what you will about the DC movies, but they are committed to television. here’s the trailer for ‘Powerless’, DC’s latest TV offering that premieres February 2 on NBC: 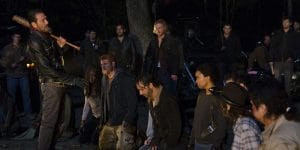 4. Can they make up their mind?

One executive producer for the Walking Dead said the toned down the gore after considerable fan outrage over the season 7 premiere, while another said they didn’t take that into consideration at all. Regardless, ratings are down so they are looking for a bounce back in the back half of season 7. Full story is at IGN.

Several of us Nerds on Earth writers have directed summer camps for teenagers, so this news is of particular interest to us. Check out Epic Nerd Camp, a summer camp for grown up nerds to have a week doing all the nerdy things they love. It features gaming, wizard duels, quiddich matches, and more. How can that not be good news for us nerds?!!?