Friday 5 collects five of the week’s best from nerd culture. But what is best is rarely what is the most popular.

As a result, we’re doing some deep cuts this week. So grab a cup of coffee, take a nice long pull of Southern Comfort, or do whatever it is you do to get yourself going in the morning, because we’re diving into nerd culture’s most important and entertaining stories of the week.

1. Warner Brothers is shaking up executive roles for the DC comic movies. 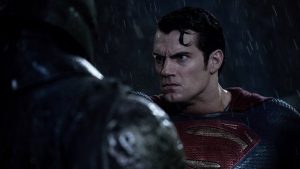 We have to lead with this: Geoff Johns will now be overseeing the DC movies. Johns has long been at the helm of the comics, but now he is stepping in to keep an eye on the movies as well.

First thing he promised? “The movies will adopt a sunnier tone.”

This is good news indeed. I just hope the news doesn’t anger Superman so much that he snaps a man’s back. Click the link above for the full story.

Obviously, a BIG SPOILER here, so no comment from me. But click the link above if you want the story.

3.  How much back pay would Captain America get from being frozen so long? 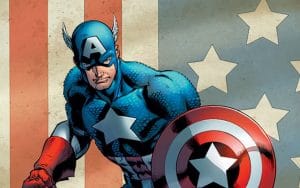 Slash film looks at the back pay that Captain America would receive. I love fun little thought exercises like this, and I think you’ll enjoy the read as well.

This was a Captain America comic story in the late 80s / early 90s, that led to Cap setting up an 800 number. Folks would call in an he would race off to investigate on his new motorcycle, bought with his back pay.

4. Tetris is getting a movie trilogy?

Geek Tyrant is reporting that Tetris, of all games, is getting a movie trilogy. I just can’t imagine…

Maybe I’m missing something, so I’ll leave it up you in the comments to talk me into how Tetris getting a movie trilogy is a good idea.

5.  The Lost Opportunity of the New Frontier 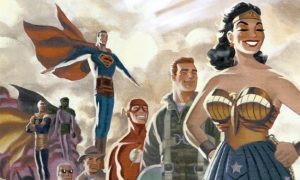 We’ve eulogized Darwin Cooke. The above article wonders if his iconic New Frontier storyline was a missed opportunity for DC to adopt a sunnier worldview.

That sends us back to #1 on today’s Friday 5, so maybe things are already looking up.

Is it Wrong to Play an Evil D&D Character?

A Brief History of the Atomic Knights, Part III