That guy in South Carolina who won the billion dollar lottery is super lucky. Not because he can pay off his mortgage, buy a Tesla, or establish a foundation that eliminates suffering and disease, and builds a just and equitable world for all. No, it’s because he is now so wealthy that he can insist that companies support his hobbies at the expense of their actual businesses. That’s right, he’s now super entitled.

Well, I’m going to pretend I won the lottery and with all this imaginary money, there is no way I’m keeping it real. First, I’m insisting I pay no taxes because I’ve come to learn that rich white men feel entitled to such a thing. Then I’m going to use my newfound power to change the below 7 things.

To be clear, these don’t necessarily make good business sense, nor or are they reasonable. But I’m imaginarily rich, so I’ve lost all tethering to reality. Hear me out?

If I Won the Lottery 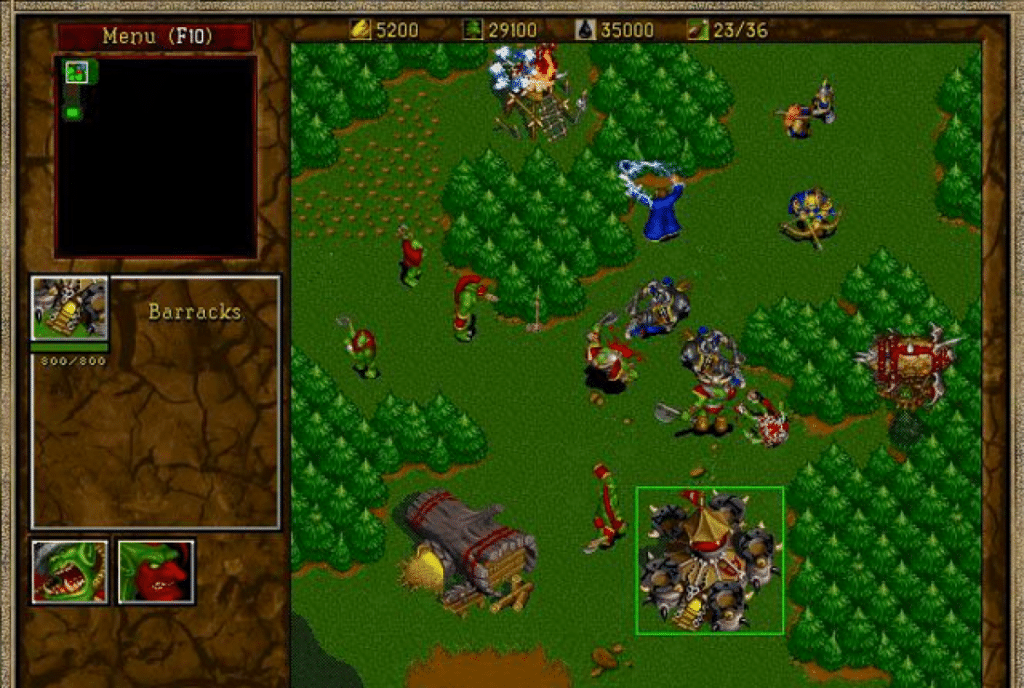 I understand that some folks are upset that Blizzard is making a Diablo game for mobile, but I’m actually begging for the old school Warcraft for my iPad, saving a space for it right next to Stardew Valley and the current addition of Nerds on Earth writers, Marvel Strike Force.

To be clear, I want Warcraft 4 and all the other sequels and new franchises as well. But I like iOS. There are times when I want a quick 20 minute filler or a simple single player experience. The original Warcraft would be perfect such a thing. And it would be a load of fun!

Touch controls would make it easy to harvest lumber and move units. And the horsepower is easily there, as the new iPad Pros are clocking higher than even the heftiest laptops. Finally, the successful Hearthstone shows that Blizzard can do mobile well.

So, why not? With my lotto money we’ll soon be having fun on our iPhones as we sit in the lobby of Great Clips. Touch controls, zero lag, single player experience…where does it all end? A bitter spiral of addiction that leads to nights sleeping in a dumpster outside of Knollwood Mall, that’s where. 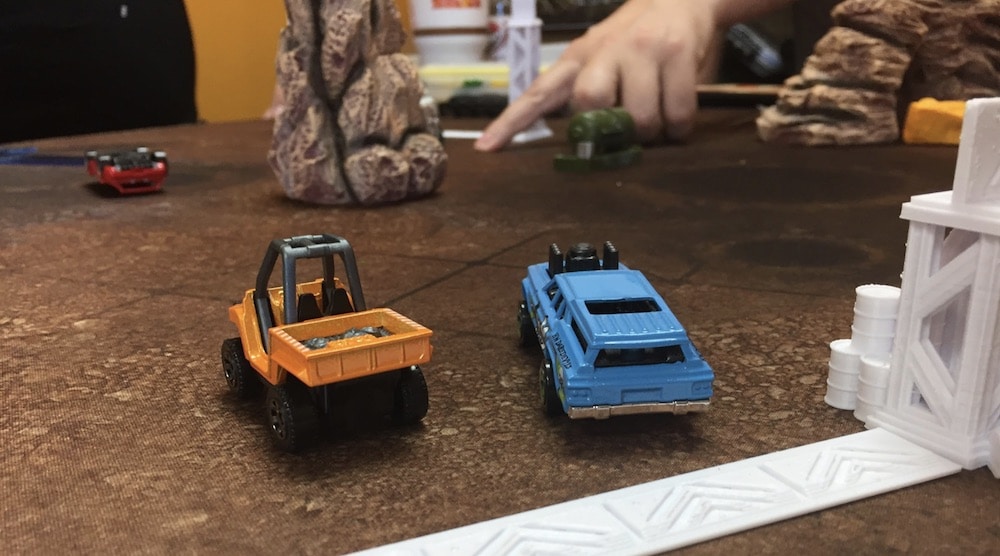 Nerds on Earth writer Brandon raves about Gaslands. I was so inspired by his love for the game that I bought the Gaslands rulebook.

Yet, I’ve never played. Why? Well, because while you get the rules with the book, you still need dice, templates, and to mod out your cars. Listen, tricking out stuff and being a maker is part of the joy of being a nerd, but I won the lottery in my imagination and as a newly rich person, I refuse to do any type of work whatsoever.

So I’m going to need Osprey to make Gaslands be a just-open-the-box experience. Literally. Why not create a Gaslands boxed set? A single 8 x 12 x 4 inch box could include the following:

This lets players get going straight away, while allowing folks to further trick out and add to their games if they want to. Sure, I realize there are third party companies that make templates, but I don’t want to have buy several different things from several different vendors for a single experience.

Needing to buy separate items is a petty complaint, I know. But a lot of people ask the Earth Nerds, “How can I get into the business of complaining about everything in nerd culture?” It’s easy! Simply take the latest thing done for nerds, discuss just the bad aspects of it and completely ignore the good aspects. It’s just that simple. When you toss in that I’m newly rich, I’m even more petty and entitled. Read on!

Daughters of the Dragon 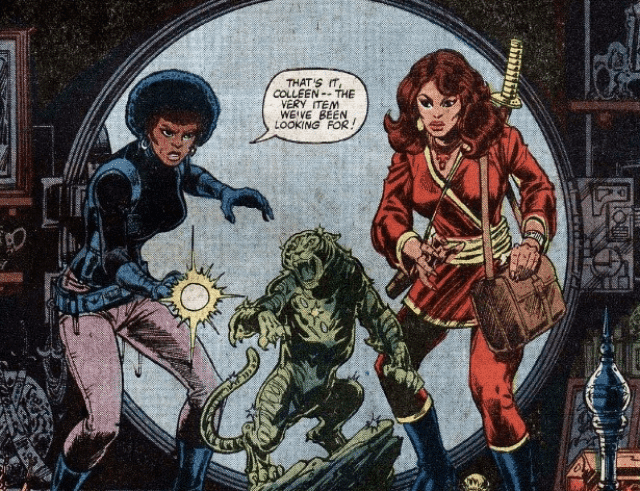 One thing I’ve learned about rich people is that they also are highly confident that they are creatives. So not only will I finance superhero TV, I will insist on being in the writer’s room as well. Sure, this next one isn’t likely to happen even with my copious lottery winnings, but I don’t like to let reality get in the way of my hot takes. It really slows down my writing process.

Anyone who enjoyed Marvel on Netflix in the past likely enjoyed the characters Misty Knight and Coleen Wing. But OG comic readers also know that Misty and Coleen frequently teamed-up in the comics under the moniker Daughters of the Dragon.

Sure, Marvel on Netflix has been cancelled, but with my lottery winnings, I’m financing the Daughters of the Dragon spinoff on Disney+. Don’t worry, each season will just be 6 episodes to prevent some of the filler we’ve seen from the 10+ episode seasons on Netflix. But 6 episodes of Misty and Coleen will be glorious. Better yet, I’ve gone ahead and green-lit two seasons! 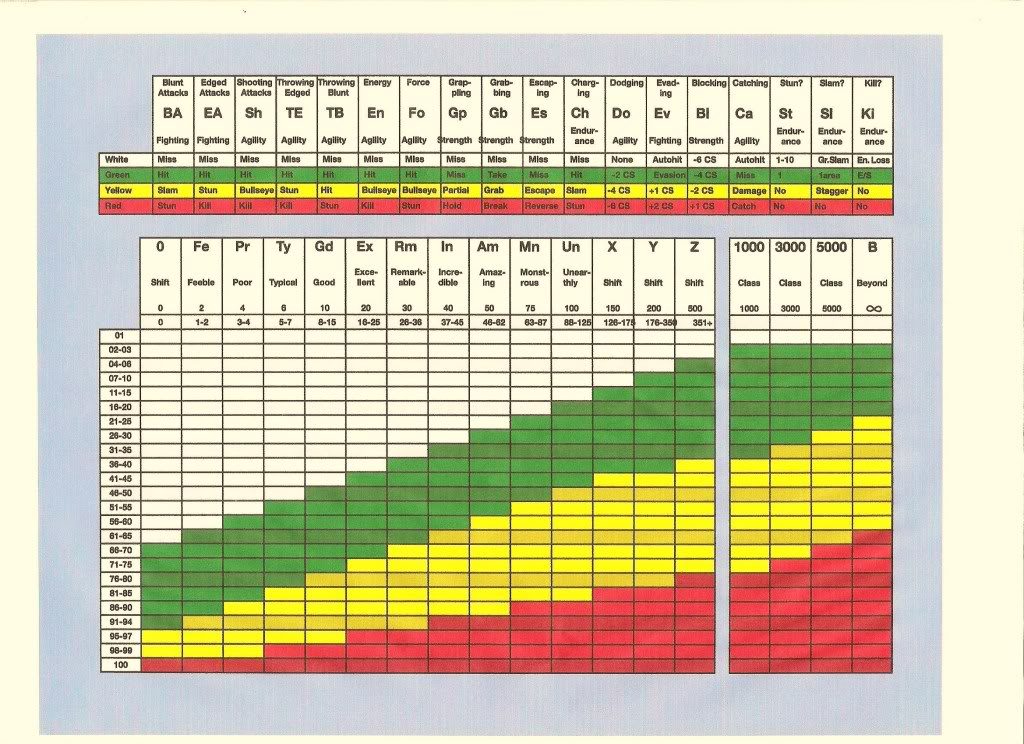 The Marvel Roleplaying Game owned my soul when I was a kid. I want to bring it back so that it can steal more souls. But only the premium souls. The souls with good resale value.

If you aren’t familiar, FASERIP was the shorthand term for the old school Marvel Super Heroes roleplaying game that used the d100 system. Character attributes were Fighting, Agility, Strength, Endurance, Reason Intuition, and Psyche, which were colloquially called “FASERIP.”

It was a wonderful system and the later Ultimate Powers book really amped up character creation. I should know, I rolled up about a million superheroes using the FASERIP system. We also rolled up a character for fun on our weekly Nerds on Earth Zoom call!

Who knows who has the licensing for the game now? With nostalgia pulling everything back, the fact that an updated edition hasn’t been released is probably a clear indicator that scoring the rights to the game would be a mess. But I’m now imaginarily rich, so I’ll just buy up Marvel, or WotC, or even build a time machine to go back to old TSR days. Money is no object and FASERIP 2nd edition needs to happen.

Whatever Marvel Legends Figures I want

A long tradition of entitled nerds is to waste time talking about the products that would be created if a smart person like you were in charge and not a bean counting toy executive!

Well, when I’m so rich that I dole out the beans to toy executives, I’ll be selecting which Marvel Legends figures are released, my current favorite toy line.

I’m an old school Claremont fan, of course, so let’s start with the Marauders, the villains of the Mutant Massacre crossover. Scalphunter, Harpoon, and Vertigo will be nice additions to my Marvel Legends collection.

Next, I’ll need figures to represent the Cross Time Caper from old school Excaliber. That entire Excalibur team plus some of their wacky villains would be nice. Then, sticking with that time period, I’ll need Marvel Legends from the Inferno crossover. 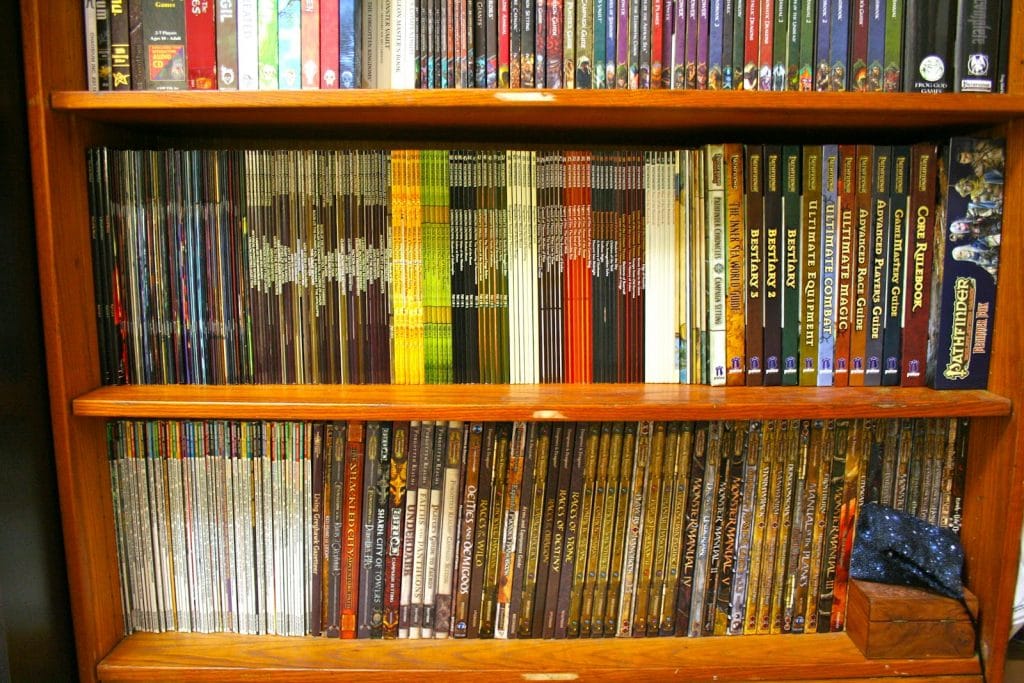 I love Paizo and their Starfinder and Pathfinder roleplaying games, so why don’t I complain about them more, because to an entitled person, that is somehow magically love.

I’ve already written several articles belaboring the fact that I think Paizo’s Adventure Paths are the jewels of the roleplaying game industry, so let’s skip straight to what I think is wrong with them, which is that the 6 floppy books need to have a slipcase to store them together.

Sure, this comes off like whining, “Why can’t Usain Bolt run faster?” But I want a sweet slipcover with full color artwork and enough room to slide in the floppy adventure path volumes plus maybe the map pack that Paizo creates to accompany the AP. All slipped together, the full AP will then store nicely and look great on my shelf.

Yeah, I could use one of those magazine holder thingamabobs but I want a slipcover and I don’t care what the logistics or cost of bringing such a product to market might be!

The year-old release of Pathfinder 2nd Edition is the perfect time to make my sweet slipcovers happen. Get to it, Paizo. Remember, I’m imaginarily rich now, so I’ll buy your company if I have to.

Listen, let’s start here: These Joes would have an O-Ring.

None of this new school technology like pinless joints. Just a good old fashioned O-Ring that snaps and needs repaired, just like when we were kids.

Don’t worry, I’ll buy the new GI Joe Classified figures and I know that 6 inch figures from Fortnite are all the rage, but 6 inch scale doesn’t allow for playsets. That’s another reason why I’ll re-release the old school 3 3/4 GI Joes: I’ll be re-releasing all the vehicles as well! Now that I’m rich, I’ll be getting a USS Flagg, the Holy Grail of toys that was denied to me as a child at Christmas after Christmas.

You know what? I’m imaginarily rich. So I’m buying Hasbro. That way I’ll have ownership of the old GI Joe molds, plus the Transformers, ROM, Visionaries, and MASK lines. Hasbro also owns D&D, so my purchase of the company really gives me some options!

Well, my lottery dollars are spent. But in keeping with the fine tradition of rich people, I’ve wielded my power indiscriminately and made the above seven changes to nerd culture, regardless of how plausible they are. You’re welcome.