[box] We have just watched the third episode of Marvel’s Agent Carter and are dying to talk about it. Us Nerds on Earth writers will often banter back and forth via email, giving our first thoughts about the latest comic TV show we’re watching. We’ll share it here, with the hope that amidst our back-and-forth you end up getting a good review of the episode, even if the style is slightly off center. 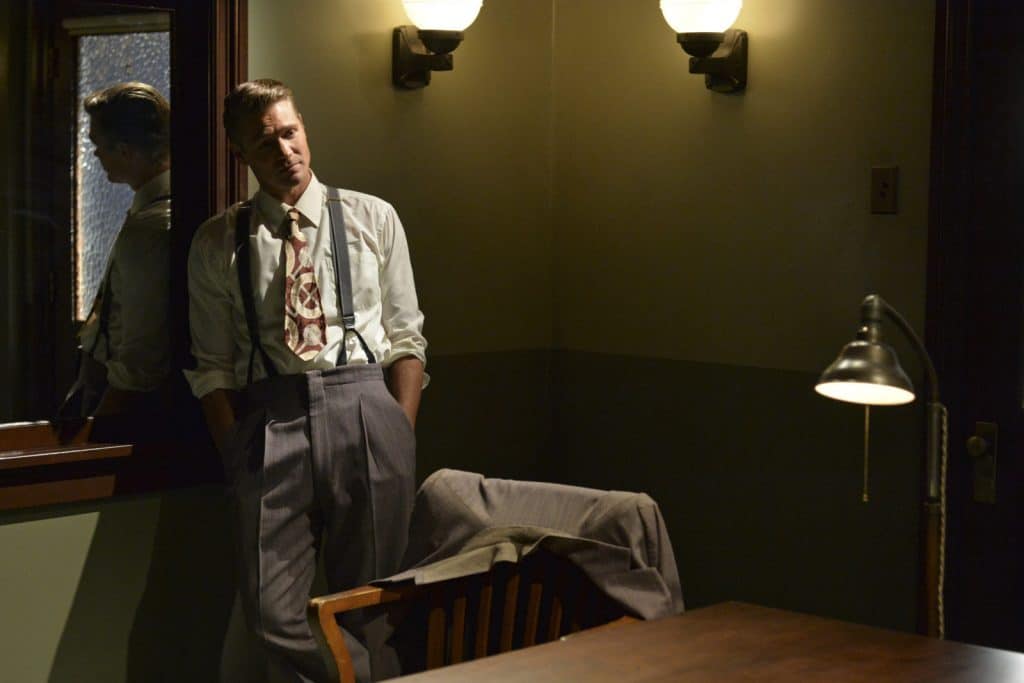 So Clave,
First off, I know we are all disappointed that no ham was slapped in this episode. Or really any fisticuffs with any pork products. But, this show continues to tell a great larger narrative in the midst of smaller stories.

What did you think? What was the best part to you? Do you think we could convince them to make a ham slapping highlight video?
Jason 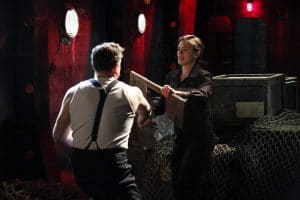 It appears that instead of slapping the ham like they did last week, they chose to go with an extended recap at the beginning of the episode. Although I missed having a gag like the radio show or Agent Carter in costume, this didn’t feel like a filler episode at all. The ratings (solid) and reviews (excellent) have been good for Agent Carter, so I’m sure they felt like the recap served as a nice welcome for any new viewers they may have picked up.

Those new viewers really got to see the story push forward quickly! An eight episode season is excellent. We’re seeing a tight, quick story, with no filler, as evidenced with the quick discovery of Stark’s stolen goods.

Before I go I want to lob a few thoughts on future episodes your way, then leave it with you to get that last slap on the ham.

Clave,
You raise some great points that I want to follow up on.

As for your questions:

And even though he was a jerk, RIP Agent Kaminski.

Can’t wait until next week’s episode. Agent Carter has consistently been 7 out of 8 nerds!
Jason