Why aren’t old things considered cool? That seems kind of unfair. Consider Samuel L. Jackson. That fly muthaf****a has been eligible for an AARP card for years. But, hey, I don’t make the rules. 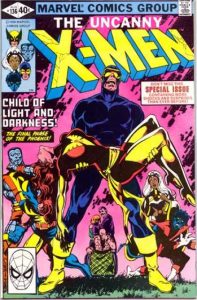 I do bend the rules however. I’m a Gen Xer, the generation of nerd that was alive to see one of the original Star Wars movies in the theatre. Gen Xers also grew up during the Claremont era of the X-men, began collecting action figures like these in full force, saw video games go from Arcade consoles to home systems, and developed our imagination with the first editions of Dungeons and Dragons.

Us old school nerds have just kept liking the same things we’ve always liked, so it doesn’t seem weird that we have a fistful of quarters and we have been wandering around our local Piggy Wiggly for 30 years, still trying to find that Donkey Long arcade cabinet that used to be there.

Yes, we continue to have a unshakable sense of nostalgia for the nerdy things that we grew up with, continue to geek out over them, and our unfailing obsession over them have carried many of the franchises into today’s nerd culture (See Star Wars Episode VII), some 3 decades later.

Us old grognards were the founders of nerd culture, so we have developed a sense of entitlement when it comes to nerd culture. Specifically, we expect that our beloved franchises will not only continue to exist in perpetuity–yet even more importantly–won’t be “ruined” by modern attempts to freshen them up or make them desirable to younger audiences. 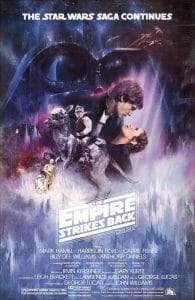 In short, us old nerds want to have our cake (like the things we’ve always liked, but untouched) and eat it too (be fed new material from our favorite franchises and genres). And in this great land of America is it too much to ask to have cake that we can eat? Happiness, you horrible fascist, please stop stomping on the old nerdy things I love with your rain boots of oppression!

But strong are the bonds that unite fan communities, so the vast majority of us nostalgic nerds aren’t looking for a nerd fight with the younger generation of nerds who are in their 20s. Sure, there are a few hopeless old reactionaries on the internet who are attempting to shout down the trends they witness in nerd culture, but the vast majority of us nostalgic nerds who lived through Honey, I Shrunk the Kids are pinching ourselves with glee because we never imagined we’d be alive to see Ant-man on a big screen.

In short, the majority of us are perfectly happy to revel in our nostalgia while also welcoming the new stuff that the whipper-snappers are clamoring for. Indeed, the term “Golden Age” drips with nostalgia, suggesting a romanticized preference for the past over the present. Steve Rogers will always the first image that pops into my mind when someone says Captain America, so Secret Empire was difficult for me, but that doesn’t mean I jump to bemoan or belittle the presence of Lady Thor, or a fresh profile for Ms. Marvel (In fact, I like it a lot). 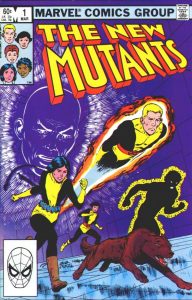 “The way things have always been” is not the non-negotiatable, unassailable natural order, it’s just the way things have always been. Granted, in the age of the internet my encyclopedia knowledge of 80s X-Men comics doesn’t carry the exclusivity it once did, but that doesn’t negate the profound experience reading those $.60 spinner rack comics had on me as a kid. Most of us old nerds can celebrate the past without clinging to it.

And it certainly would have been no good for anyone to have frozen the X-Men in the 80s, having killed off the characters and franchise permanently before the 90s, even though 90s X-Men comics make me throw up a little bit. So I don’t bemoan 90s comics fans their pouches. Instead I grab my iPad, subscribe to Marvel Unlimited, and read classic New Mutants runs while I creepily feed pigeons in the park and shake my cane at squirrels.

Nostalgia is not so hard to understand. Like many nerds of my ilk, I’ve just always liked what I’ve liked. Besides, I get to have my cake and eat it too. It’s not like Marvel will ever really kill off the X-Men, so I have an incredible opportunity to jam to the new tunes too. (Editor’s Note: Uh, Marvel is killing off the X-Men.)

That’s not to say that their won’t be in rocks in the road as nostalgic nerds and new nerds co-habitate. Our fine young friends who like what Michael Bay has done with the Transformers franchise will never be understood by me. (Disclosure: Not fine. Not Friends.) Likewise, Millennial nerds will never be understand how us nostalgic nerds existed on 8 bits alone, when OMG those graphics were obvi lame.

Millennial nerds are more present-oriented than nostalgic nerds. Young geeks are vastly more interested in using the instantaneous nature of social media to discuss works of their peers through creative and social lenses. To new nerds the past is distant, boring, and often filled with both injustices and old-fashioned techniques. They aren’t interested in celebrating the good old days that didn’t seem so good.

Us nostalgic nerds? Well, again, we’ve just always liked what we’ve always liked. But give us that new stuff too. Just for the love of all that is holy, do not screw up Star Wars.

Thanks for reading Nerds on Earth. If you are an old nerd, please do us a solid and spread the word using the social media buttons just below.

Who is the Ideal Seventh Member of the Sinister Six?

You’re Never Weird on the Internet (almost): A Review

The Gift of Disney