My Hopes for the Deadpool Movie (and Some Fears as Well)

Sometime before X-Men Origins: Wolverine hit the theaters, a friend of mine managed to get his hands on a bootleg, pre-effects version of the feature film (*he divulges, hoping the statute of limitations covers his behind*).

I was ecstatic!  Not only was Deadpool going to be in this movie, but he was going to be played by Ryan Reynolds, who I thought was a perfect fit.

Deadpool’s witty remarks in the elevator and his quick dispatch of eight goons with automatic weapons only amplified my excitement (even if it was a little ridiculous to see him swatting bullets out of the air with his swords).  I actually felt a sense of pride as I watched it with my roommates.  This was my favorite character and here he was showing out like a boss. 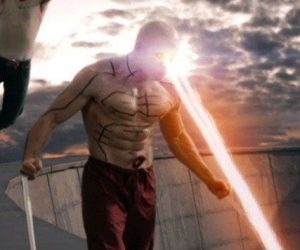 Later on during the very same movie, Deadpool emerges with swords in his arms, Cyclops-like eye beams, and – worst of all – his mouth sewn shut.  The Merc with a Mouth with his mouth sewn shut?!  I couldn’t believe it or handle it.

I got up and walked out of our illegal prescreening.  In my mind, this was Deadpool’s chance and Hollywood had absolutely blown it.

Now I’m two days away from seeing Deadpool in his very own (and appropriately titled) movie.  Early reviews skew positive.  As of the writing of this post, it is holding steady at an 85%  on rottentomatoes.com.  But as with 2014’s Teenage Mutant Ninja Turtles, I’m stepping into the theater with a healthy dose of nostalgia-fuelled hopes and fears.

[divider] My Hopes for the Deadpool Movie [/divider]

The one thing Deadpool absolutely has to do is strike a solid balance between jest and threat when it comes to the titular hero. In several of the comic runs over the years – specifically in the last decade or so – Deadpool has been treated more like a class clown than a respected threat.

He far more often engages in “shenanigans” than he does battles. The sillier things in the Marvel Universe always take place around him and not, say, the X-Men or Spider-man (though Spidey does find himself partnered up with the mouthy mercenary fairly frequently).

Or even worse:  Some writers treat Deadpool like he’s just running around the battlefield going
“Nanny-nanny boo boo!  You can’t kill me!” As if he can’t focus on the task at hand and take care of business because he’s just too busy playing the role of meme-machine.

In these runs, he looks to have only the kind of success in battle that Jar-Jar Binks appears to have in the prequels: He’ll get the job done, but it’ll look almost incidental. You’ll chuckle, seeing the humor in it all, but he won’t register as a threat on the same level as, say, Wolverine presents himself. And Deadpool is that dangerous.

My two favorite portrayals of Deadpool in recent comic runs:  The 2010-2012 run of Uncanny X-Force and the 2012-present run of The Thunderbolts. In those titles, Deadpool has a great balance of jokes and formidability. That’s what the movie needs desperately! If they treat his jocundity as a novelty and overplay it, it will feel both forced and overwhelming. 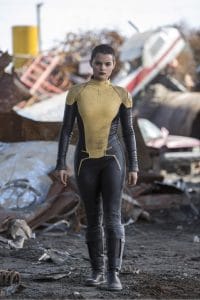 The other thing this movie has to do:  Establish and develop characters besides Deadpool.  His comic “sidekicks” Weasel and Blind Al ought to be treated as more than shoutouts to the comic faithful.

And then you throw in a character like Negasonic Teenage Warhead who I had never even heard of before casting began for this movie…She has to be more than a prop to Deadpool’s exploits.

And that is not even to mention the villains Ajax and Angel Dust. This line up is digging deep enough into the Marvel U that the movie will essentially be introducing brand new characters to the audience; characters without the public knowledge base that bigger names like Wolverine and Captain America carried with them even before their major cinematic debuts.

Here’s the good news: It really won’t take much to redeem Deadpool from his portrayal in X-Men Origins, and Reynolds is unquestionably the guy to bring that redemption about. He will be to Deadpool what Hugh Jackman is to Wolverine. He will be Deadpool. Reynolds is easily capable of both the humor and action that are foundational to the character.

The hype machine has been running at full bore since the leaked footage hit the internet in 2014. And the marketing team for this flick has absolutely killed it; some of the best work done in recent memory.

On Thursday night, I satisfy the hunger that 1 minute and 55 seconds instilled within me two years ago.  My hopes have only grown since then – particularly in the last few days as positive reviews have surfaced.