A rotating case of three of our writers sit down to an agreed upon topic in the Slack channel we have devoted to our Weekly Nerd Chat, but occasionally major discussions break out over nerdy news in the general channel.

“Do you mean to tell me that nerds get riled up enough about things that they spontaneously break out into passionate discourses?!”

It all started innocuously enough. Ross reported in on his respect for the Deadpool movie and the two of us and Nash bantered back and forth on how it might stack up against the impending Batman v Superman movie due out next month. We compared budgets ($50 million for Deadpool, $400 million for SvB) and spitballed predictions for SvB‘s revenues, and then that turned into a discussion about the two movies’ ratings and what kind of factor that will play in a direct comparison.

That’s when Clave chimed in, and that’s where this chat picks up:

Clave A year ago I got nervous around the Deadpool film. I couldn’t articulate it fully, but I had a little “uh oh” moment. A year later Deadpool makes bank and the very same week I saw that there would be an R-rated X-Force and that Wolverine 3 was likely going R. My first thought was, “Of course. And it begins.” 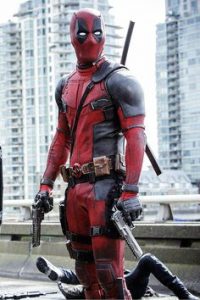 Of the major players, Deadpool helped Fox solve for X. They’ll follow the Deadpool formula. Warner Brothers have long ago felt they’ve solved for X: dark and gritty. Sony has conceded Spider-man back to Marvel.

Meanwhile, Marvel has the most diverse offerings. Captain America #1 lacks any cynicism whatsoever, getting knocked in fact because it’s so darned golly good. Captain America: Winter Soldier has present cynicism. SHIELD is brought down because they were dirty. Then you have a diversity of Marvel movies in between.

On Marvel TV you have Jessica Jones while you also have Peggy Carter. Vastly different tones.

My bias is that Marvel is in the best position simply because they are maintaining a diversity of tones throughout their movies in addition to keeping an overall sunny tone throughout. Marvel’s roadmap is tough though. Robert Downey, Jr., Chris Helmsworth, and Chris Evans will soon all be out of contract. It’s some serious recasting to do in the midst of what will inevitably be a superhero fatigue.

Meanwhile, R-rated Fox and Dark and Gritty DC. Who blinks first out of these big 3?

Adkins Here’s my initial thought following the announcements that X-Force and Wolverine 3 could be R.

X-Force could make some sense depending on which X-Force, really.

But Wolverine 3 getting the R rating after two PG-13 offerings feels like they’re learning the wrong lesson(s) from Deadpool.

Ross Check this out, it’s relevant to the conversation.

I think Fox will keep doing the R-rated movies until they stop making money, that is, the point at which they have $150 million budgets. I am going to stand firm on my conviction that $150 mill is about all an R-rated superhero movie will make (assuming that the audience stays stable).

So prediction: Deadpool 2 will be good, then they’ll put $300 million in a Wolverine or X-Force movie, and it’ll make exactly the same amount of money.

But since they spent so much, it’ll be a loss.

Adkins The F4 they describe in that article is ridiculous and I hope it never happens.

Adkins The R rating isn’t what won audiences over when it came to Deadpool; at least not exclusively and possibly not even primarily.

That movie flat out has a better story than EITHER of the Wolverine movies. 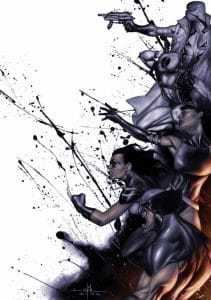 Adkins Even if they’d have been forced to trim it to a PG-13 movie that would remain true.

X-Force could go R depending on which story.

X-men can never be R-rated.

Adkins Yes, Wolverine ​could go R, but after starting PG-13, the switch would be dubious.

Nash I am so sick of Wolverine movies. He is trending the way of Superman IMO. I agree with Adkins: It isn’t just enough to roll out an R rated version of (insert hero here). We need good stories that make sense, and you need to justify the content with the character(s).

Jason Clave is also super smart about the diversity of Marvel movies. They aren’t just one thing. The elevator pitch is hero + genre.

Jason That is part of what works.  Fantastic Four for instance is a failure of recognizing the core piece: superheroes who are a family.  And Spider-Man loses his way in the movies because Sony thought “less plot, more villains whose rights we own.”

Clave I just wish I knew more about modern movie economics. How many 12 -year-olds are dropping money, versus how many old farts like me? 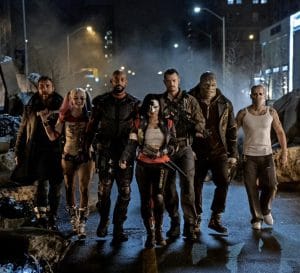 Ross That io9 article brings up an interesting point RE: the other studios.  They’re definitely paying attention, so it’s possible that there are some properties that might get looked at now.  I’m a little sad that Suicide Squad isn’t coming out later–this would have encouraged them to go R, which it really needs to be.

Ross Conventional moviemaking wisdom says that PG-13 gets the most money. That’s why there were some baffling choices recently (Expendables and Tymynytyr Gynysys, or however you say that)

Contrast that with the best film of 2015, Mad Max: Fury Road, which DIDN’T compromise on the rating and was amazing as a result.

Clave It seems the core of our discussion distills down to financial success vs. critical success. We (the Nerds on Earth) care only for critical success. (ie Will the movie be good?) Studios executives care only for financial success, being that they aren’t non-profit charitable institutions and all that. Problem is that studio executives have an ace up their sleeve that we don’t: they employ an army of marketing people.

This brings up some important questions: How much of Deadpool’s success was story or character driven and how much was marketing driven, assuming it was some of both? And how much can marketing influence future movies should Deadpool serve as a template to crank out similar offerings?

My bias is that story and character matters most (particularly in a social media age), but I’m not naive to think marketing doesn’t factor. But does a successful marketing campaign add $25 million to the top? $50 million? Can it sink a movie?

What do you think, readers? Weigh in on the PG-13/R discussion in the comments below. What are your thoughts and insights? Which franchises can you totally see being successful with an R rating and which would deviate too far from the essence of the comics if they did so?