As this season of Shield has gone on, there have been some shifts in story. What happens in this week’s episode, Agents of SHIELD episode 316: Paradise Lost?

A Recap of Agents of SHIELD Episode 316: Paradise Lost

Over the course of the episode, we see Gideon Malick, former member of the World Council, current leader of Hydra, as he wrestles with what he saw when he was touched by the Inhuman last week; everyone sees a death and Gideon, because of the sheer amount of pain that he felt in the vision is convinced that it is his own death and that Hive/Ward is going to kill him.

That concern isn’t lessened when he arrives at home and discovers Ward has beat him there and has already had Malick’s daughter call to convene the council. Malick’s daughter essentially is the purest believer in Hive and is convinced her dad is just being an old worry wart, which happens when you are trying to take over the world with sentient alien being that brings death to wherever it is.

Through flashbacks we learn that Malick was always a part of the evil family; like, literally, his dad was bad news in a pure mysticism of the Hive sense and Dr. Whitehall, the formerly never aging Nazi scientist from last year appears and tries to talk him into being more team science. 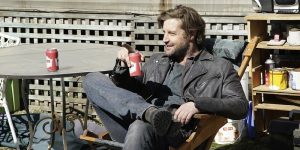 Malick and his brother blow him off until we learn that Papa Malick was a cheater in a ceremony that had been happening. The gist of the ceremony is that you draw rocks and whoever draws the white one gets fed to the Hive through the portal. Gideon Malick, upon learning how his dad would sneak in a marked rock, does likewise, sending his brother to his doom.

Of course, Hive somehow still has the brother’s memories and pulls them up in time to embarrass Gideon in front of his true-believing daughter. Then we get the twist, as Hive makes out with and then eats Malick’s daughter, and we realize the pain that he felt in his Inhuman induced vision is the pain of losing his child.

During the course of the episode, we also learn that the Magneto-but-not-really-because-we-don’t-own-the-rights Inhuman is attacking a research station. Team Shield heads there except for Lincoln and Daisy.

Lincoln and Daisy go to visit some wannabe Australian guy who is hiding in the Badlands of the Dakotas, which is, I guess, the closest America has to Australian deserts? I don’t know, it was confusing and just made me miss Longshot, Dazzler, and Havok wandering around the Outback in what is a vastly underrated part of the X-men history, which Marvel still doesn’t own. 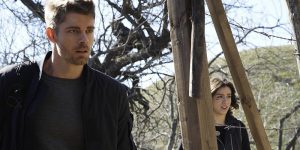 Anyways, Wally Wannabe has some device that they trade for, only after Daisy disables the mines that she stepped on in his front yard. (I get it; I don’t like people wandering in my front yard either.) And Wally Wannabe also drops some knowledge that Lincoln hasn’t told Daisy EVERYTHING, because when you are secret agents and known each other less than a year, of course you have shared all your secrets. Turns out that Lincoln, who we knew was in recovery from way back in his introduction, almost killed his girlfriend, not with his power but by drunk driving. They resolve to share EVERYTHING moving forward…

Which is good because Not Magneto has taken over Shield’s plane, holding Coulson back my manipulating his metal hand and everyone is hurt when the plane, who has the whole team onboard, hits the ground.

So that leads to Lincoln and Daisy getting the call from May about needing help and Lincoln, says, it is time to activate them…the Secret Warriors! (Fists were pumped by me here.)

A Review of Agents of SHIELD Episode 316: Paradise Lost

Overall, it was a solid episode. We unpacked a little more of what is going on with Hive/Ward and the flashback was an interesting discussion to see evil having the same faith versus science fight that everyone else does.

The killing of Malick’s daughter will, I think, somehow bring about the end of Hive over the long play but maybe that is too obvious. 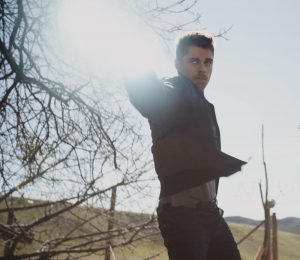 There is some good team camaraderie, as they continue to build out that work. But the reveal that the Secret Warriors are coming makes me giddy.

Next week should be must view television, as we will see who shows up? Obviously we know about the potential of Slingshot and Joey, who we have already seen. But who else could be out there?

Some other random notes: