Recap and Review of Marvel’s Agents of Shield Episode 406: The Good Samaritan

Marvel’s Agents of Shield has been moving steadily along all season, with each plot moving at a significant rate and interacting in ways that have been great (here is last week’s episode). In Agents of SHIELD episode 406, we finally see a collision between Agent (and former Director) Phil Coulson and new Director Mace. What happens?

Recap of Marvel’s Agents of Shield Episode 406: The Good Samaritan

First, this week is centered on the backstory of Ghost Rider aka Robbie and his little brother Gabe. We had hints of what happened in last week’s story, as Robbie talked to a prisoner in an exposition dump about how a certain gang attacked him and Gabe. Ghost Rider then fired up and killed the prisoner. 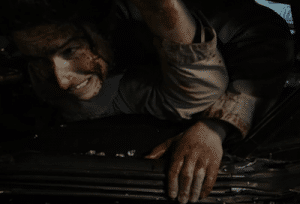 What we get confirmed in this episode is that the attack was a contract hit. The twist is that the contract was taken out on Uncle Eli, who was having issues with his co-workers as they suddenly were creating new matter and the science behind it just didn’t add up. The process also seemed to be driving at least one of his co-workers crazy, and the boss man took out the hit. Robbie and Gabe just proved to be innocent bystanders, who were taking their uncle’s car out for a spin.

Gabe remembers the crash and aftermath differently, talking about how a “Good Samaritan” came to their aid. (Hence, the episode’s title.) Robbie eventually confesses to Gabe what really happened while they are hiding from Director Mace in the Shield HQ containment unit. The helper was the demon that now lives inside of him.

And why are they hiding from Pace? Because he has decided that Coulson has gone rogue, especially after seeing Coulson and crew with Daisy and Ghost Rider on tape at the prison. He has a bit of a spat with Simmons before sending her off on an unknown mission and then goes to connect with Coulson himself. Daisy, Gabe and Robbie do a fine job of hiding and Coulson and Mace trade some witty repartee, before Pace pulls up the containment unit, essentially seeing that he has his captives trapped. 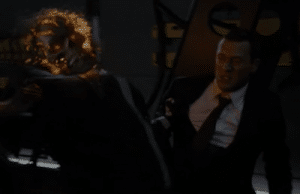 Except that the Ghost Rider is unlikely anyone else that have had and eventually he breaks containment once he learns that they know where his Uncle Eli is. Director Mace and Ghost Rider trade blows before Gabe asks Robbie to stop the fight.

We then learn that everything is heading towards a Roxxon old power plant. (More to come). Uncle Eli is there and after establishing the story of what happened in all the flashbacks, namely that Eli himself trapped all of the ghosts in the boxes, we learn the truth: Uncle Eli is not a good dude. At all. He has been working to get the Darkhold so he can have all the power, and, as the episode concludes, we see Eli produce some of the Dark Matter, using science AND the mystical Darkhold book.

Review of Marvel’s Agents of Shield Episode 406: The Good Samaritan

So, this episode is a solid 8.5 out of 10. It has the potential to be rated much higher eventually because this episode sets a lot of things up.