Clave Greetings nerds. Our topic today is perhaps the most beloved toy of all time (but to call it a mere ‘toy’ is to undershoot its amazingness). We’re talking about Legos!

Nash, you go first. Tell us how you got into Legos.

Nash Man, I feel like my first memory is getting my first Lego set. Target, 1988. I was 5, she was a 25 piece space set. You know the type. Simple yet intricate all at the same time!

Clave What was the set? 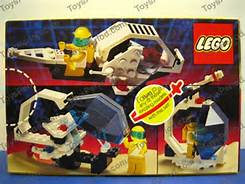 Nash It was a moon landing set. The minifigure was yellow with the blue face shield

The extra pieces could be a land rover or a satellite system.

Clave Nice. Lego space sets in the late 80s were pretty great. Classic ray gun and buggy looking alien type sets. I have 4-5 of them at my house, although they are mixed into a big pile.

What Legos are you building now?

I haven’t put it together or reviewed it yet though.

Clave Marvel + Lego is pretty much the two best words I can imagine, and I’m only being slightly hyperbolic. Let’s hear from Adkins. What is your experience with Legos?

Adkins I mostly accidentally step on them. 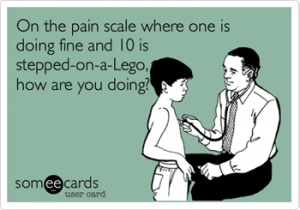 Adkins I remember having some LEGOs as a kid, but I don’t recall ever building a set. I think we just had a big bucket of mixed pieces, so I have more questions than experience.

Nash Not the song lyrics lol

Adkins Like what’s the most difficult set you’ve ever built and what makes a build a difficult one? Is it just the number of pieces? Is it the size of the pieces?

Clave Well, I had a family-in-law member who worked for Lego when I was a kid. Christmas would be not just a couple of big sets….it would be dozens of lego sets. It was honestly more than me and my cousin could put together, so many remained in the box. I actually had several unopened sets from the 80s in my basement and some friends came over for dinner. Their toddler found them somehow and ripped every single one of them open. I almost cried.

Nash I did cry…this is the saddest story ever…

Adkins My largest concern with that story is how a toddler was left unattended long enough to do this in your home, Clave…

Clave You’ll understand once you have children.

Now in regards to difficulty of Lego sets, it’s not all about size (don’t get cute with that) but more about the Lego engineering. I would say that the way in which the Lego Master builders (my dream job) create the moving parts of sets with regular Lego pieces makes the sets more difficult to build. More recently they are starting to create custom pieces to fire off blasts, but older sets used a lot of pieces to make firing mechanisms and such.

Clave The thing I love most about Legos is how they are wholly a creative toy, but they are a structured toy as well. My mother-in-law was bemoaning how Legos have instructions nowadays, because back in her day you just got a tub of random bricks to make up your own creations. She felt that creativity is lost.

I told her that you can build any set however you want to. You don’t have to follow the instructions, in other words. But the instructions also teach kids how to follow directions, how to think step-by-step, and how to plan for an end goal. You could drop a pile of 2x4s in front of people and say “build a house”, but an architect who draws up beautiful plays can get you into an amazing home.

Adkins That’s a solid observation. Not sure I ever thought of Legos that way.

Nash Agreed! This was the point of The Lego Movie! That Legos are GREAT for structure, order, and following instructions AND great for being creative!

Clave Nash, you’ve had lots of success with secondhand Legos. Tell nerds how they can make some great discoveries.

Nash Well I love to search on eBay and just see what deals are out there. I’d say that I typically save 40% on the Legos I buy and they come in great condition and are clean! The VAST majority of eBay sellers are very professional. I also then spin off the sets to recycle my Lego funds because, yes, you can have too many Legos. Or so my wife says.

The trick is to know what you are looking for and what the price would be on average. Most sellers will do a buy now price and auction and you can usually estimate what items are going for. Sometimes if there are a lot of the particular item being sold I’ll follow a bunch and see what the sell for then go bid on the remaining ones.

Clave Legos are Nash’s favorite hobby and I have spent literal years of my life playing with them, so we could go at this all day. But I have a Star Wars AT-ST set to build. So we’ll leave you with some of Nash’s Lego reviews. Now get out there and build, nerds!

Orcs are the toughest mothers in RPGs. So why aren’t Orcs in charge?